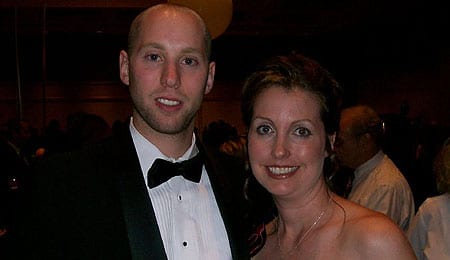 An old wise man once told me that your Fantasy hockey team and real hockey team for that matter are only as good as your netminders. Laugh as you will, but this is something that is very true. October and November are often very nasty months when you think about it. This year is no exception. Add injuries and swine flu to the mix and one may have to dodge more minefields than they can handle in their quest to find good goaltending. Thankfully we have The Matrix in Craig Anderson. Obviously Neo is no relation, but Anderson best typifies the moves needed to play the net in this year’s NHL. Goals are going to go in. It is not your neutral zone trap early ’90s NHL anymore. Shots and goals are up by about 8 to 10 per cent this season. Sure, it is early, but expect this trend to continue to a point.

What I have listed below is not necessarily the best goalies in the league, but the ones that are going to make some saves that they not only have no business making but make them often enough in games to have a high save percentage. Here are their stories.

Craig Anderson, Colorado Avalanche: Imagine going from Florida to Colorado and realizing you are the starter on a team that absolutely stunk last year. Add in a few prospects and some aging players with no Joe Sakic and you have the recipe for disaster…right? Wrong! Now the 10 wins are great and the 2.11 GAA is nice too, but it is the .936 save percentage that jumps out. Even better is that Anderson has a .940 save percentage in the third period and beyond, and that figure leads the NHL. The OMG factor is the fact that Anderson faces about 35 shots a game in Colorado — about four less than he did in Florida. He had good practice and obviously has benefited well from the extraordinary high amount of activity.

Ryan Miller, Buffalo Sabres: The second best on this slightly unconventional list is where Miller ranks (now, that is if you really want to call this a ranking). When it’s Miller Time in Buffalo, opposing teams are really in trouble. Though slight in stature at about 173-to-175 pounds soaking wet if you will, Miller has an amazing ability to be flexible without looking flexible. I watched the game he had against the Devils last week pretty closely. He makes saves look quite easy, so it’s no wonder he has given up two goals or less against New Jersey in nine of his last 10 starts. Be aware that Miller has a tendency to get injured at times, but there are few better at his position when he is “on.”

Ilya Bryzgalov, Phoenix Coyotes: There is no question that he is a good goalie with quick reflexes, but sometimes that is what gets him in trouble. The “moody Russian” as he was called many times in Anaheim has gotten a second lease of life in Phoenix this year. He has three shutouts already and a sparkling .927 save percentage to go along with the 1.88 GAA. Bryzgalov may think a bit too much, but his moves are almost as fast as his thoughts. The key will be how Coach Dave Tippett’s system helps him in the second half, which is when he tired last year under “The Great One.” Obviously a coaching upgrade in Phoenix will aid Bryzgalov and his body (plus an Olympic break). Now, that is a blessing for Phoenix fans.

Marc-Andre Fleury, Pittsburgh Penguins: Yes, he has won a Stanley Cup so stop gushing, Penguin fans. Fleury is quietly putting together a nice early portion of the season. He has always had the acumen to play brilliant between the pipes, but this year he is showing the consistency with the amazing saves. The new focus is not unnoticed on me. Sure Fleury only has a .916 save percentage right now, but expect that to go up when Pittsburgh is fully healthy. The scary thing is he has 10 wins already and has made two or three “Save of the Year” type stops. Keep Fleury in mind when again looking for save percentage along with the spectacular.

Mike Chen, currently caring for his beloved dog, should be back for the next edition of Ice Chips. In the meantime, this is Chris Wassel escaping before he gets the swine flu. Aloha.

By Chris Wassel
This entry was posted on Friday, November 6th, 2009 at 4:09 pm and is filed under Chris Wassel, HOCKEY, Ice Chips. You can follow any responses to this entry through the RSS 2.0 feed. You can skip to the end and leave a response. Pinging is currently not allowed.