Mike Richards: Staking out his Claim among Legendary Team Leaders 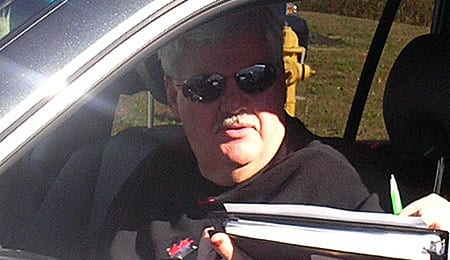 Even back when Ken Hitchcock was coaching the Flyers, Mike Richards was emerging as their leader.

Intangibles. That was word Philadelphia Flyer General Manager Paul Holmgren used in justifying the lengthy contract he gave his captain Mike Richards. At the time, many suggested Richards was too young, not developed enough, and hadn’t achieved enough. That’s what some people said, anyways. Those close to the situation, who were well-versed with both the game and the player saw it differently.

Holmgren knew what he had on his hands — a keeper. He had a player who had won at every level before the NHL; a player who hated to lose; a mild-mannered person who possessed a burning desire to win; a player who would stand up to anyone and anything when it mattered.

It didn’t take long before the proof started showing. After former coach Ken Hitchcock had lost the dressing room in Philly following a bad loss, Richards commented “Typical Philadelphia Flyers game — we got the lead and then folded.” Vice President Bobby Clarke defended Richards, suggesting that players are the first to notice such things. No one characterized Richards as a coach killer because they knew better.

Richards’ work ethic and drive have excited every coach he’s played for. The point he was making was that there was a problem was not being addressed and while it was ugly and risky to talk about it, Richards spoke up.

He also took a shot at Holmgren during a playoff post-mortem press conference, stating that he thought it was learning year for the GM too. Richards was referring to the incident where the Flyers’ salary cap problems had forced them to keep budding star Claude Giroux from practicing with the team.

Now, Holmgren casts a long shadow in NHL both as an intimidating fighter during his playing days and in his influence as an executive. Very few have thrown stones in his direction, fairly or unfairly. Stranger still, that criticism would appear from a player he could easily trade or otherwise have an impact on his career. Holmgren declined comment on the remark, but did mention that it was desirable to have a cushion for the cap

Holmgren took the comment in stride once again because those who know Richards also know comment like that were in the best interest of the team. It also signaled that Richards has claimed that team as his own, and everyone in the Philly organization is pleased as punch about it, from owner Ed Snider to Clarke, Holmgren, and present coach John Stevens.

One question remains: Where does Richards rank among some of the legendary Flyer leaders?

He scores, he fights, he sets up his teammates to score, he hits and kills penalties (and is often a threat to score short handed), and just recently has been vilified by the Philly media for not answering their questions. This occurred after he asked them not to keep bringing up a partying episode that occurred last season that many felt resulted in the trading of Joffrey Lupul.

Since then, Richards has been responding with one-word answers, if at all. He now joins the ranks of Clarke, Eric Lindros, Ron Hextall, Peter Forsberg, and many other Flyer leaders who were flayed in the Philly media over any human flaw that could be found Last weekend, when Richards nailed Florida Panther David Booth with a clean hit, it was the Philly press crying for a suspension the loudest. The media doesn’t like him there, but the players, fans and his bosses love him.

Congratulations, Mike. You are now truly a great Flyer captain and leader! Once the local press turns on you in Philly, it often means they just don’t have anything to write about and therefore you are doing great!

By RotoRob
Tags: Mike Richards
This entry was posted on Wednesday, October 28th, 2009 at 11:22 am and is filed under HOCKEY, RotoRob correspondent report. You can follow any responses to this entry through the RSS 2.0 feed. Both comments and pings are currently closed.