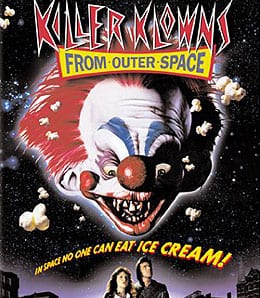 When Derek isn’t watching or writing about football, really bad movies are his thang.

One of my favourite pastimes is watching bad movies. If it’s on cable and has one star, I’m in; Killer Clowns from Outer Space? Check. Where do I sign? Penitentiary II featuring Ghostbusters star Ernie Hudson? Probably watched it 15 times. In fact, more that one later…

Most terrible movies work for me except for Hulk Hogan’s abomination, No Holds Barred, released in 1989. Seriously, few things were as menacing as watching Hogan’s movie nemesis, Zeus. The bald head with a Z carved on the side of the temple augmented by crossed eyes was overwhelming for me as a nine-year-old. Then, Vince McMahon had the audacity to add him as a regular on WWE programming. Zeus was such ugly guy that I swore off the WWE for seven months until he left.

Unfortunately, we’re getting to that point with numerous teams around the NFL. We just need to walk away. After one of the worst slates of 1 p.m. EST games in league history, it’s obvious that the number of bad teams is staggering. Let’s examine some of the weekend’s lowlights.

With Washington leading 7-0 in the second quarter and backed up at its own three, Jason Campbell hands off wide to Clinton Portis, who promptly gets swallowed up in the endzone for a safety. Running wide on second and eight from your own three, are we? For an encore, the Redskins blew a 17-2 lead and lost 20-17 to the previously winless Panthers.

By the way, Washington’s game Sunday versus Kansas City marks the sixth straight week the Redskins will play a winless team.

JaMarcus Russell fumbled three times, adding to his resume for perhaps one of the worst seasons ever played by an NFL quarterback. He is having the reverse Tom Brady/Dan Marino season. Just when you think he can’t regress as a player, he proves us wrong. Even Giant back-up quarterback David Carr got in on the fun by rushing for a 12-yard touchdown.

Of course, the proverbial cherry on top for the Raiders is the assault charge looming over the head of Oakland coach Tom Cable for allegedly breaking the jaw of an assistant.

Almost seemingly upset at the notion of playing an exciting game a year ago in Buffalo, the Browns and Bills offered one of the decade’s biggest stink bombs. Not to be outdone by its 8-0 win over Buffalo in 2007, Cleveland defeated Buffalo last Sunday without scoring a touchdown.

When the victorious quarterback posted a 2-for-17 performance and a 15.1 quarterback rating, something is terribly wrong.

Look, I like Miles Austin, but he’s not that good. Austin ran up the best receiving day in Cowboy history during Dallas’ 26-20 win in overtime. The Chiefs redefined bad tackling by missing two tackles on each of Austin’s two touchdown catches. Yet another dreadful defensive effort from KC when it actually mattered.

In other news, the Chiefs are quietly on one of the worst runs in NFL history. According to the good folks at profootballreference.com, they have lost 28 of their last 30 games since they were 4-3 in 2007, which almost seems unfathomable.

Not to be outdone by Kansas City for worst team in Missouri, St. Louis was dismantled by four touchdowns by Minnesota. The winless Rams’ average margin of defeat is 22 points per game. As AC/DC would say, the Rams are a “runaway train, running right off the track.”

Sadly, that’s only the beginning. Tampa Bay, Tennessee and Jacksonville also got bombed by double digit scores. Seemingly, the NFL has become a league of good teams bludgeoning bad teams. The NFC East serves as living proof of the league’s imbalance.

Dallas’ Tony Romo owns six touchdown passes this season. Five of those came against the winless Chiefs and Bucs.

Translation: we’re living in a golden age for terrible teams. Instead of shying away from the ugliness of the NFL like I did with Zeus years ago, I’m not going to make the same mistake twice. I’m going to embrace these teams as if they are collectively the newest installment of the Penitentiary series. TMW will debut The Culverhouse Index*, a power poll of the league’s worst teams. Without further ado, here we go.

3. Oakland (1-4): When is someone in this organization going to understand that Russell is not the quarterback of the future? Is a 2-14 season going to be enough?

4. Cleveland (1-4): The Browns should give Sunday’s win back. This team is scoring a hearty 11 points per game and yet, somehow, that isn’t last in the league.

5. Tampa Bay (0-5): This team features a newbie at quarterback in Josh Johnson and one of the league’s worst pass defenses.

6. Buffalo (1-4): The Bills should receive two losses for losing to the Browns at home without allowing a touchdown.

7. Detroit (1-4): The Lions are still not very good, but they will at least fight teams now.

9. Carolina (1-3): The Panthers were fixing to get blown out at home and drop to 0-4. However, the Redskins gave them some much needed help.

10. Tennessee (0-5): Not only did the Titans lose their best defensive player (Albert Haynesworth), but they also lost their defensive co-ordinator Jim Schwartz and replaced him with Chuck Cecil, who had never been a defensive co-ordinator before. Subsequently, they can’t get a pass rush and rank 31st in the league against the pass.

*The poll’s name honours former Tampa Bay Buccaneer owner, the late Hugh Culverhouse, who ran one of the worst teams in league history, the winless ’76 Bucs.

1. Learn from the new Culverhouse Index: You are running a big risk on your Fantasy rosters by using players from the aforementioned poll. Granted, Chris Johnson and Steven Jackson are amongst the backs that play for some of these dreadful teams. However, what good are these guys if their team is down by 20 every week?

2. Tom Brady isn’t Tom Brady yet: Brady’s lifetime record versus Denver fell to 1-6, but perhaps the most alarming items from Sunday’s game were two missed pass plays for New England. Brady missed a touchdown pass to Randy Moss and then late in the fourth quarter missed on a seam pattern to Wes Welker that could have sprung him to go the distance. Brady’s timing is off considerably.

3. The contract year is a big motivator: Cedric Benson busted through the Raven defense for 120 yards and a score. He is the first running back to rush for 100 yards against Baltimore in three years. Benson just happens to be in a contract year. All of a sudden, he is a respectable running back. Hmm…

4. The Eagles’ regular season schedule begins on October 26: Philly has only played one quality opponent (New Orleans). The first somewhat respectable opponent for the Eagles will be Washington on the road on Monday, October 26.

5. Denver is for real…we think: Kyle Orton, Brandon Marshall and Knowshon Moreno helped carry Denver to victory over New England in overtime. Orton is a steady game-manager thus far, Marshall is slowly emerging yet again and Moreno is getting his sea legs in his rookie year.

6. Keep your eye on Chad Henne: Everyone is raving about Henne’s performance Monday night. He fits the Bill Parcells criteria, which includes being a four-year starter in college. Perhaps Henne’s biggest asset is the Wildcat which is slicing and dicing rush defenses again, making it all the more easier for him to throw over the top of defenses.

7. Teams are determined to let Minnesota QB No. 4 beat them: Outside of playing Green Bay, the Vikings are another team that has played a lightweight schedule. With tough run matchups upcoming versus Baltimore and Pittsburgh, Minnesota QB No. 4 will be forced to use his aging yet still effective arm to beat them. Thus far, he has been able to do it, but it remains to be seen whether he can make it happen versus teams that will punch back.

8. Dre Bly made a foolish mistake: After intercepting Atlanta’s Matt Ryan, Bly went all Deion Sanders and started celebrating about 60 yards before scoring. Roddy White stripped Bly of the ball soon after, leading to the season’s most embarrassing play to date.

9. The Eagles are loaded: Regardless of the competition, the Eagles are going to score points this season. Jeremy Maclin and DeSean Jackson are flyers on the outside; Brent Celek is in store for a career year; and LeSean McCoy looks like a budding mini-Brian Westbrook. Even with Donovan McNabb and Westbrook aging, it looks it will be sunny in Philadelphia for quite some time. Yes, I know. It was a lame reference to the television show.

10. Keep your eye on McNabb and Eli Manning: McNabb returned from a rib injury, while Manning managed his plantar fasciitis. However, both teams were able to ease the quarterbacks into action versus two league doormats. As the season wears on, those injuries could be a problem. Adjust your Fantasy rosters accordingly.

1. Adrian Peterson (1): Through five games, AP has seven touchdowns and is well on pace to top his career best of 12.

2. Peyton Manning (2): Easily the NFL’s MVP to date, playing the finest football of his career.

3. Ronnie Brown (7): This is not the Dolphins of 2008, but they are a scrappy bunch, led by Captain Wildcat himself.

4. Reggie Wayne (5): Attached at the hip with Manning, Wayne is one of Fantasy football’s best through the first quarter of the season.

5. Andre Johnson (8): He steamrolled Cardinal defenders a week ago; too bad his team can’t finish drives from the one yard line.

9. Steve “NYG” Smith (10): The other Steve Smith is 49th in standard Fantasy scoring, while this Smith is Eli’s go-to guy.

10. Ben Roethlisberger (9): Hopefully he stays awake against Cleveland. The Browns tend to be boring to play against.

As mentioned earlier, Penitentiary II is a brilliantly awful film, but few things are as awesome as blaxploitation films. A new movie called Black Dynamite debuts this weekend and the trailer is pure gold.

By Derek Jones
This entry was posted on Friday, October 16th, 2009 at 1:41 pm and is filed under Derek Jones, FOOTBALL, Two Minute Warning. You can follow any responses to this entry through the RSS 2.0 feed. You can skip to the end and leave a response. Pinging is currently not allowed.