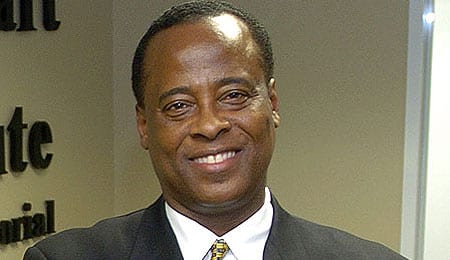 Can we finally stop obsessing about Dr. Conrad Murray and start focusing on football?

I live in New Jersey and frequent the Jersey Shore with the consistency of Jake Delhomme’s quarterbacking. While I enjoy many of the perks of the summer — lighter workload, good scenery, vacation, etc. — this is the time of the year.

I’m already over the summer being over. In fact, my timeline every year is the same. My birthday falls on July 16. Once that passes, it might as well be 57 degrees Fahrenheit and cloudy outside. The summer is over to me. However, due to my failure of creating a time machine, I can’t speed ahead to September. Thankfully, the wait is now over.

I’m tired of getting up on a summer weekend and putting on a pair of shorts, a T-shirt and my Asics sneakers to run errands in 96 degree Fahrenheit weather. It is time for jeans, hooded sweatshirts, post-season baseball, seeing your own breath, bad holiday commercials and most importantly, football.

You know what I did last night out of utter exhaustion and boredom? I put in a Monday Night Football game from 1985 between Joe Montana’s San Francisco 49ers and John Elway’s Denver Broncos. Nothing notable happened other than 49er quarterback Matt Cavanaugh having a hard time holding for field goals because Denver fans were throwing snowballs at him. That’s how much I miss football.

Fantasy drafts are great, but few things beat the feeling of watching football on Sundays. The mediocre pre-game shows…the first TV game break with an injury update that is sure to ruin your Fantasy season…the endless hours of eating badly…wondering exactly why your local CBS affiliate keeps showing the Buffalo Bills, Pittsburgh Steelers and Baltimore Ravens every week. I love being mad about this stuff. It doesn’t matter in life’s grand scheme, but football sparks these somewhat irrational concepts.

Now, after months of waiting, the season is here. All of the shucking and jiving is over. It’s time to get down to business. Week One is set to begin and not a moment too soon.

Ten Things About the 2009 Season

1. Shaky leaders make shaky decisions: What could it possibly say about head coaches Dick Jauron, Raheem Morris, and Todd Haley that they all let go of their offensive co-ordinators prior to the regular season’s start? When your respective quarterbacks are Trent Edwards, Byron Leftwich, and Matt Cassel, perhaps there is a larger problem at hand.

2. Bear fans might want to delay those calls to travel agencies in Miami: Jay Cutler brings his strong, yet inconsistent arm to the Windy City. Instead of throwing to Brandon Marshall and Eddie Royal, he is targeting Earl Bennett, Devin Hester and Juaquin Iglesias. If you’re relatively new to football, the latter trio isn’t exactly the crème de la crème of NFL receivers. If Cutler leads this gang to the Super Bowl, colour me shocked. Sorry, Peter King.

3. Patriot fans should be more worried about their offensive line than Tom Brady’s knee: Three teams that New England might see in the AFC playoffs (that’s right, let’s already jump the gun) — San Diego, Pittsburgh and Tennessee — can bring the heat. If Brady’s protectors don’t get on the good foot, he’s going to spend January with Gisele once more (not that this would be a hardship by anyone’s measure).

4. Pittsburgh will not appear in too many five-star matchups this season: After playing a schedule that seemingly featured the ’89 49ers and ’92 Cowboys, the Steelers’ schedule is a bit friendlier this season. The opposition’s winning percentage is .434 which ranks as the league’s fourth-easiest schedule and includes an appearance by the Detroit Lions. By the way, I’d like to use this opportunity to state the ’72 Dolphins faced a schedule with an opposing winning percentage of .367. That is all.

5. Buffalo is running the no-huddle offense: I can’t express how incredulous of a decision this is. What personnel do the Bills have to run such an offense? They are using a quarterback, Edwards, who has all of 24 starts under his belt and is working with another new offensive co-ordinator. Further compounding matters, guess which receiver is a bit unhappy with the no-huddle’s installment? Yep.

6. It’s always cloudy in San Diego: For my next topic, I would like to channel Tina Turner’s “Proud Mary”:

Y’ know, every now and then
I think you might like to hear something from us
Nice and easy
But there’s just one thing
You see we never ever do nothing
Nice and easy
We always do it nice and rough

This is not only a duet by Ike and Tina Turner, but it also perfectly describes the San Diego Chargers. Thanks to this Shawne Merriman/Tila Tequila fiasco, the Chargers just have one more problem to deal with. If they go to the Super Bowl, again, colour me surprised.

7. This will be a Brett Favre-free zone: Starting next week, this will be an article free of Favre mentions. Instead, I will pull a page straight from the video game playbook. He will henceforth be known as “Minnesota QB #4” whenever I need to refer to him.

8. Philadelphia is in store for a bananas season: I’m not sure what is going to happen with the Eagles this season. However, I feel confident by saying that is likely to be a chaotic. If the Michael Vick stuff is not a distraction and the defense plays well, it could be a Super Bowl team. If Vick goes south and the team goes belly up, we’re in store for a show that will put this upcoming season of The Hills to shame.

9. The slide of the Indianapolis Colts begins…now: Safety Bob Sanders is already injured and the Colts endured massive changes to their coaching staff. How does this all equal to another 12-win season? Can’t be, right?

10. 10. Pittsburgh vs. Green Bay will be Super Bowl XLIV: After being clubbed over the head by the media with “one for the thumb,” back-to-back Manning Super Bowl wins, and “Sixburgh,” doesn’t this mean that we are in store for something different? Nope. Instead, get ready for the obligatory “Steelers: Team of the Decade” discussion and plenty of questions for Packer quarterback Aaron Rodgers regarding what is was like playing with Minnesota QB #4. Great, where do I sign?

Note: I’m adjusting the previous Fantasy power poll to the BPITW Poll. The abbreviation is short for Best Player in the World. Granted, there isn’t a high volume of professional football teams in Asia or Mexico, but since the CFL exists and the phrase works, it’s time to put it to good use.

2. Maurice Jones-Drew: He sports the most important shin in the state of Florida, unless you throw Tim Tebow into the mix.

3. DeAngelo Williams: One of these days, having Jake Delhomme as his quarterback will cost him…just not yet.

4. Matt Forte: The Packer defense will give him a good workout on Sunday night.

5. Drew Brees: The Fantasy gods are dealing Brees’ owners a bad hand by offering up the Lions in Week One as opposed to last year’s Week 16 tilt.

6. Larry Fitzgerald: No offence to Larry, but he did a great deal of his damage with Anquan Boldin injured. The Quan was just as effective before his Meadowlands facial injury.

7. Andre Johnson: It would be nice to see him reach double-digit touchdowns at some point.

8. Michael Turner: Is this the man who will break the Curse of 370?

9. Tom Brady: Our long nightmare is over. He is back!

Speaking of BPITWs, the story of Bo Jackson is a sad one. Check out this compilation of crazy Jackson runs which ironically ends with the final run of his career. Little did Dick Enberg know he was calling a career-ending hip pointer injury during the 1990 AFC Divisional playoffs versus Cincinnati. It was another sad chapter in Raider history over the past 20 years.

By Derek Jones
This entry was posted on Friday, September 11th, 2009 at 1:41 pm and is filed under Derek Jones, FOOTBALL, Two Minute Warning. You can follow any responses to this entry through the RSS 2.0 feed. You can skip to the end and leave a response. Pinging is currently not allowed.