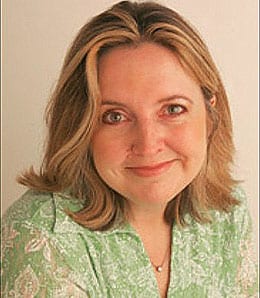 Alex Rodriguez is making progress from his hip surgery, smacking three hits – including a pair of long balls – in an extended Spring Training game on Tuesday.

But with each passing day since the release of Selena Roberts’ new book, A-Rod: The Many Lives of Alex Rodriguez, his reputation takes a bigger beating.

I, for one, can’t seem to muster up the energy to shed a tear, but regardless of my distaste for Rodriguez, it irks me how baseball – more than any other sport – has a tendency to tear down its heroes.

That’s a hell of a lot of star power that’s fallen from the skies, and no, I’m not suggesting that any of them didn’t have it coming. Throw A-Rod into the mix, as he has assumedly has joined the class of persona non grata in the Hall of Fame, and you’ve got yourself a very impressive class.

In fact, that got me thinking that since we’ve entered a whole new era in baseball, shouldn’t the Hall of Fame adapt? How about an asterisk section of the hall, where all the players whose accomplishments are shrouded by allegations of drugs, cheating, child abuse or unpaid parking tickets are lumped into a dark corner of the Hall? Surely, the Cooperstown staff can clear space in a broom closet somewhere.

As for Rodriguez, he’s already performed his mea culpa about the ‘roids. But it’s possible A-Roid was juicing as a high school student, Roberts’ book alleges. And MLB is apparently going to examine claims within the book that Rodriguez tipped pitches to opposing middle infielders during one-sided affairs.

Oh man, this just keeps getting better and better.

But I’m waiting for the revelation that Rodriguez tortured puppies before passing judgment.

By RotoRob
This entry was posted on Wednesday, May 6th, 2009 at 11:29 am and is filed under BASEBALL, Book review, RotoRob. You can follow any responses to this entry through the RSS 2.0 feed. You can skip to the end and leave a response. Pinging is currently not allowed.