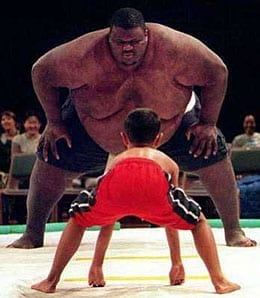 The host team has won three straight games (and seven of nine) and owns a pristine 20-0 record in their own building; the visitor has dropped its last five games, is a dismal 3-20 away from home and has failed to beat a single Eastern Conference team this season. Oh, and the visitor has lost its last four against its opponent. Hmmm….whoever will prove victorious Tuesday night in the Sacramento Kings at Cleveland Cavaliers match? This is one of those situations where it’s so ridiculously a mismatch that you can’t help but feel that the situation is ripe for an upset. Yet, strangely, I still won’t put any bucks on the Kings.

After a somewhat disappointing 2007-08, the Cavs have taken a huge step forward this season. They are blowing the aging Pistons away in the Central Division, have the best winning percentage in the Eastern Conference (but trail Boston by three wins) and are just a half-game back of the Lakers for the best mark in the entire association. Their offense is way better (top 10 after being one of the worst in the NBA last year) and their defense, which was pretty good last season, is vastly improved with an NBA-best 90.1 PPG surrendered.

Cleveland is coming off a tough four-game western swing where it dropped the opener, losing badly to the Lakers, but then won the final three over Portland, Golden State and Utah, the bookends of that trio both being among the NBA’s toughest pit stops. After this impressive run, can we finally say with conviction that the Cavs are a legitimate NBA Championship contender?

As if things aren’t going well enough for Cleveland, check out its upcoming schedule. Tuesday, as mentioned, Sacramento pays a visit. Then, the Cavaliers head to Orlando, in what should prove to be a very tough game and possible Eastern Conference semifinal preview. After that, the Clippers are in town; then a visit to Detroit, followed by a home date against Toronto and a visit to New York. All told, Cleveland faces a fairly easy schedule heading into the early part of February. By then, it could boast the best record in the entire NBA.

How good has Cleveland been at home? It has been completely shutting down its opponents, limiting them to just 88 PPG while winning by an average margin of 16.4 PPG. These blowouts have directly led to slightly lower numbers from LeBron James, who has been provided plenty of opportunity to rest during extended garbage time. Western Conference visitors? No problem-o. Cleveland has taken out all six such beasts – three of which (Denver, Houston and New Orleans) are decent to good road teams.

With Cleveland’s D being as brilliant as it is this year, when the Cavs score 100 points, forget about it – it’s lights out for the other team. They are 22-0 when this happens, including an equal 11-0 at home and on the road.