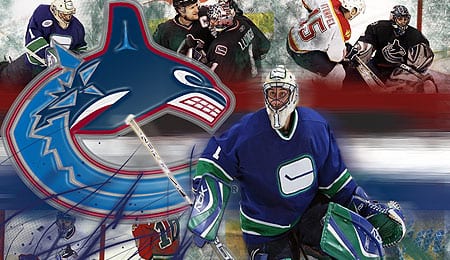 Think you can acquire a now-healthy Roberto Luongo to help your goaltending situation? Uh, good luck with that.

I have one message for this week: don’t give up on your fantasy team. It’s not too late to save it. I’ll admit there aren’t a lot of great players just lying around, waiting for you to pluck them off the waiver wire, but there are some decent enough guys available to get you from one week to the next.

For instance, people always obsess over goaltending. You’re not going to find Vancouver’s Roberto Luongo available, unless you’re giving up a lot (and if you happen to own Luongo, don’t forget he’s finally active). But get a little creative. Why not grab Wade Dubielewicz, who just signed with the awful Islanders after they lost goalie Joey MacDonald and franchise goalie Rick DiPietro seeming less and less likely to come back this season.

Dubielewicz has been playing in the KHL (no, that’s not the Kentucky Hockey League; it’s the Russian Continental League) and he’ll be playing for a truly bad team, but he’s solid and he’s probably better than anything you’ll find on waivers. So go grab him before someone in worse goalie trouble than you does.

Besides, playing for a good team is no guarantee of fantasy success, anyway. Or even real world success. Look at Boston. This is a great team but they are dealing with lots of injuries. Phil Kessel is expected to miss a month with mono (was he getting sloppy seconds from my ex-girlfriend?); Patrice Bergeron is out with post-concussion syndrome; Marco Sturm just had knee surgery. It’s easier for a great player to put up great numbers on a great team, but don’t forget the player has to be healthy, too.

If your forwards aren’t great, I’d also grab Brendan Shanahan, who just signed in New Jersey. Last season was his worst one since his rookie year as a Devil and New Jersey isn’t known for its offense, but Shanahan will mostly see special teams action, which puts him in a great position to put up decent numbers.

By Steven Ovadia
This entry was posted on Friday, January 16th, 2009 at 12:42 pm and is filed under HOCKEY, Ice Chips, Steven Ovadia. You can follow any responses to this entry through the RSS 2.0 feed. You can leave a response, or trackback from your own site.