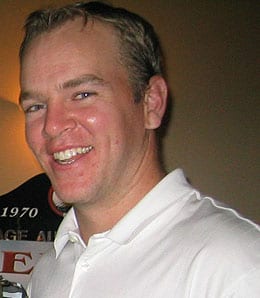 Alex Tanguay doesn’t have much to smile about since separating his shoulder.

For hockey fans, the New Year now means outdoor hockey, which is pretty neat, even if it has no real fantasy implications. But the New Year is also nice because it’s a chance to look at your fantasy team, especially if you’ve been ignoring it, and make a fresh start.

Montreal Canadien Alex Tanguay is expected to be out six weeks with a separated shoulder. You’ve got to throw him overboard unless you’re really dominating your league. And even if you can afford to keep a useless body on your team, why not pick Darren McCarty? No one ever has him on their roster and that’s got to depress him on some level.

Speaking of injuries, over in St. Louis, Paul Kariya is out for the season with a torn hip muscle. If he’s on your fantasy roster, make a resolution to dump him. But if you must have a Blue on your team, think about rookie Patrik Berglund. His numbers so far are strong enough (12 goals, 13 assists, +13) and with Kariya out of the lineup, there should be some more scoring opportunities for him.

If you’re a big fan of rookie players, you might also be interested in Anaheim’s Bobby Ryan. He saw some action for the Ducks last season, but didn’t get called up this season until mid-November. Since then, he’s scored six goals and 12 assists. While it’s not a point per game pace, it’s very impressive. The kid is going to be an absolute beast in time; he’s so hard to handle and looks like a prototypical power forward.

If you’re looking to revamp your lineup, Loui Eriksson out of Dallas isn’t a bad way to go. He’s got 20 goals and eight assists on the season, which is pretty amazing given he put up just 31 points in 69 games last season. Despite the maddeningly missing “s” on the end of his given name, he’s getting more and more responsibility in Dallas and he seems to be thriving under the chaos in that organization.

Finally, if you’re really desperate, Nashville Predator Steve Sullivan could be back in the lineup as soon as next week. He hasn’t played all season but had 60 points in 57 games back in the 2006-07 season. It’s a longshot, but if you’re looking to rework your roster, you can’t afford to play it safe.

By Steven Ovadia
This entry was posted on Saturday, January 3rd, 2009 at 12:29 pm and is filed under HOCKEY, Ice Chips, Steven Ovadia. You can follow any responses to this entry through the RSS 2.0 feed. You can leave a response, or trackback from your own site.