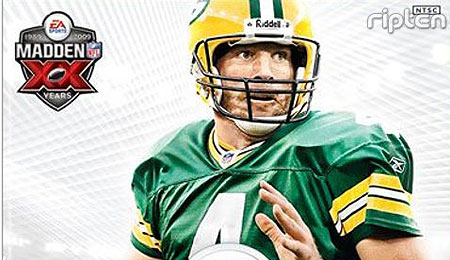 While Madden ’09 is a major improvement over last year’s version, some competition would sure help.

Before my review on Madden 2009 (PS3), a letter to Bronco head coach Mike Shanahan.

As a fan of the NFL for over two decades, I’d like to say thanks for your many contributions to the National Football League. You managed to turn the legacy of John Elway on its ear from wretched post-season quarterback to an immortal Denver hero who won back-to-back Super Bowls in his final two NFL seasons. Also, you gave us the short, albeit explosive, career of running back Terrell Davis. You even managed to push perennial mediocre quarterback Jake Plummer within a game of the Super Bowl.

However, I have a bone to pick with you, oh, enemy of all fantasy football owners. Not only do you confuse, bewilder and frustrate fantasy owners everywhere by bringing in multiple running backs with the last name of Bell and veteran backs of questionable character or continuously draft runners that are unable to reach 20 carries a game, but you have now committed the most unpardonable of sports sins.

While locked in early duels of Madden ’09, the game’s flow is halted by timeouts before field goals at the end of halves and games. How dare you bring such a momentum stopping, time-killing, and irritating innovation to a video game? This happened all because of your inability to put away the pedestrian Oakland Raiders at home. First, fantasy football and now video games. Laugh it up Shanahan; may your team drink from a cup of non-playoff sorrow in December.

Okay, perhaps that’s a bit over the top, but I take my football seriously. The 20th anniversary edition of Madden offers a great escape for gamers, but also continues to expose apathy amongst the football video gaming community. Here’s a look at the best and worst of Madden ’09.

Football gamers remain in a difficult position. No other option exists for an NFL game, which is a dangerous thing. EA Sports mailed in Madden over the years, especially once it snuffed out the 2K franchise. Luckily, the Madden franchise is enough to spawn national tournaments on a yearly basis. As long as it’s the only NFL video game in town, innovations will come at a snail’s pace because, after all, where else can you go? The franchise is growing stale and it would be nice if an overhaul accompanied one of these editions. Having said all of that, Madden ’09 offers a great gameplay experience versus last year’s version which I found to be a snoozefest. The graphics are top-notch and it’s a potentially addictive game. Score it 8 out of 10 for Madden ’09. To think I wrote this entire column without mentioning that fella from Mississippi that plays quarterback for the Jets.

By Derek Jones
Tags: Madden 2009
This entry was posted on Friday, August 15th, 2008 at 8:52 pm and is filed under Derek Jones, FOOTBALL, Video Game Reviews. You can follow any responses to this entry through the RSS 2.0 feed. Both comments and pings are currently closed.