The Wire Troll: Is it Okei Dokei Time…Again? 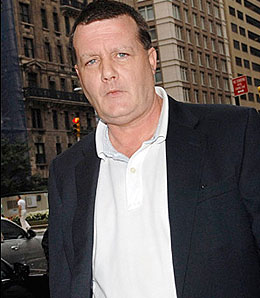 With the Yankee rotation in disarray, how long will it be until Hank Steinbrenner’s head explodes?

Another week of fantasy ball is drawing to a close, and again there is more turmoil in bullpens throughout the land. The volatility associated with the closer role continues and the trend to grabbing the set-up man early seems to be growing. Maybe, just maybe, it’s time to lobby for some changes to our venerable game. Here’s one for you to ponder: Why not reward the seventh and eighth inning guy with an increased value?

Bridging the link between the starter and the closer has been drastically re-defined in the real game, so why not in the game that we play? Many leagues are either pondering or have already instituted holds as a separate category or a component of the existing saves category. In my principle auction league, the NABL, we use a combined stat that recognizes the set-up and seventh-inning guys with holds at 50 per cent of the value of a save. The game of baseball is constantly evolving and I believe it is time that the fantasy game makes moves to do so as well.

Without further ado, let’s look at some of the potential waiver wire acquisitions for Week Five.

Kei Igawa, New York Yankees, SP: The Yankee rotation is struggling and Hank Steinbrenner is clamouring for a change. It’s getting obvious that Joba Chamberlain is very doubtful to be the answer this year. It might be the time to try and recoup some of that $45 million investment and give Igawa another (and probably final) shot in the rotation. With him currently sporting a 2-2 record, 2.93 ERA and only six base-on-balls for Triple-A Scranton/Wilkes-Barre, the opportunity is likely close at hand. In deep leagues that have the bench space, Igawa should definitely be on the radar at this time.

Chris Volstad, Florida, SP: The early Burke Badenhop (accent on Bad) experiment, after three consecutive rough outings, could be drawing to a close. After barely missing the cut this spring, Volstad has been putting up some rather fine numbers for the Double-A Carolina Mudcats. The 21-year-old righthander has a 2.90 ERA to go along with a couple wins and 21 Ks in five starts. For those in NL-only and deep keeper formats, a Volstad watch would be highly recommended.

Aaron Cook, Colorado, SP: Cook has now put together a string of four consecutive quality starts. In his last effort against the Cubs, he even managed to reach a season high with five strikeouts. Cook’s sinker is sinking, leading to three straight wins and with a 2.91 ERA with a 1.03 WHIP. Historically, Cook has been fairly hitable, but early on in 2008 he is allowing far fewer hits than he usually does. This Rockie hurler is a more than decent grab in all formats (especially in 4 x 4 leagues) at this time.

Brian Fuentes, Colorado, RP: Fuentes would be this week’s closer-in-waiting promotion. After watching Manny Corpas struggle with four blown saves in eight opportunities, it was time for a change in the Mile High City. With 81 saves over the past three seasons, Fuentes has more than proven his ability to get the job done. He should provide decent save numbers while Corpas works on getting his game back together. Fuentes is a must-buy in all formats at this time.

Jorge Cantu, Florida, 1B/3B: Isn’t it very hard to believe that Cantu is only 26 years old? That monstrous 2005 season seems so far away. With a .309 batting average, three homers and 13 runs scored already this year, Cantu could provide an opportunity to upgrade at the corner slot in deeper formats. Currently, he is owned by a scant 35 per cent of all teams in CBS leagues, so the opportunity for that upgrade is clearly there.

Eric Hinske, Tampa Bay, 1B/OF: Hinske is bringing back some memories of that 2002 Rookie of the Year season he enjoyed with the Blue Jays — starting the 2008 season with five homers and 13 RBI will do that. Given the opportunity for a decent number of at bats, why wouldn’t Hinske be able to return to at least a reasonable level of production? (Okay, don’t answer that; I know he’s spent plenty of time at the buffet table over the years.) It’s not like Hinske hasn’t done it before, and with the increased playing time he’s getting in Tampa this year, he could provide some depth at corner infield for your fantasy squad.

Matt Stairs, Toronto, 1B/OF: With the rather surprising release of Frank Thomas this past week, Stairs has been vaulted into a more prominent role for the 2008 Jays. In 2007, the slugging Canuck managed 21 homers and 64 RBI and a very solid .289 batting average in only 357 at bats. An increase in playing time this year could lead to some fine numbers as a fifth outfielder on your fantasy squad.

Chad Gaudin, Oakland, SP: Gaudin, is yet another young starter in the Oakland organization that is more than earning his keep. He is currently sporting a 2-1 record with a 3.38 ERA and sparkling 1.08 WHIP. The 25-year-old-righthander, coming off three consecutive quality starts, could be on the verge of being another in a long line of successful A’s starters, making him a must-buy in all formats at this time.

Derrick Turnbow, Milwaukee, RP: It only took Ned Yost almost a month to figure out what most of us were already aware of. Eric Gagne is not the horse he once was. Hence, we have Turnbow, having picked up a save this past week, being rediscovered by fantasy owners across the land. He’s a very effective option for the Brewers and should more than hold his own when Gagne needs the rest. Turnbow would also likely be first in line for the closer’s job should Gagne stumble, making him a very solid option for your fantasy bullpen at this time.

Heath Bell, San Diego, RP: Other than that one poor outing April 22 against the Astros, Bell has been very steady for San Diego in the set-up role in 2008, following up his huge 2007, when he was probably the best set-up man in the game. With Trevor Hoffman struggling to the tune of a 7.27 ERA, the opportunity for Bell to earn some save opportunities is definitely there. My biggest concern with Bell would be those 93 2/3 innings pitched last year and the fact that his strikeouts are down from last year’s outstanding levels worries me even more, but in the event that Hoffman continues to struggles, Bell is going be first in line for saves for the Padres.

Skip Schumaker, St. Louis, OF: After watching Schumaker go hitless in the first week of the 2008 season, Tony La Russa and the Cards stuck it out and the move is paying big dividends. Batting at the top of the order for the surprising Cards, Schumaker is currently sporting a .333 batting average, is tied for 11th in the majors in runs and has chalked up three thefts. The impressive statistic, however is those 13 walks to go along with only nine strikeouts. As long as he keeps posting solid numbers like those, Schumaker is a solid acquisition in all formats at this time.

Jarrod Saltalamacchia, Texas, 1B/OF: In what most considered a very surprising move, the Rangers demoted Saltalamacchia at the end of Spring Training. However, Texas was adamant that he was not going to be a part-time player in the bigs. After hitting .291 with two homers and 13 RBI in 15 games with the Oklahoma Redhawks, Salty he was recalled Friday and in all probability, he’ll be with the Rangers for the duration. With first baseman Ben Broussard currently struggling, there will definitely be enough at bats available. Saltalamacchia, 22, the key component the Rangers received in the Mark Teixeira deal at last summer’s deadline, is a must-own in all formats at this time.

By Tim McLeod
Tags: Hank Steinbrenner
This entry was posted on Sunday, April 27th, 2008 at 12:38 pm and is filed under BASEBALL, The Wire Troll, Tim McLeod. You can follow any responses to this entry through the RSS 2.0 feed. Both comments and pings are currently closed.