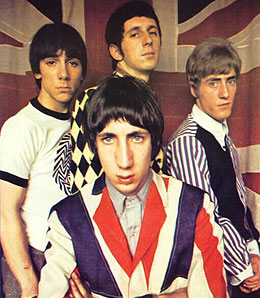 Contrary to what The Who believes, the kids are not alright.

With all apologies to The Who, and even fellow RotoRob columnist Andy Goldstein’s latest column, the kids are most certainly not alright. Utilizing the Next Generation’s five-tier ranking system for NBA rookies, the last two columns have been incredibly similar to my girlfriend’s general attitude toward me when I become wrapped up in preparation for my fantasy basketball drafts or become immersed in March Madness and unwittingly don’t pay enough attention to her – sharply critical, fault-finding, and rather condemnatory.

For those that did not have the opportunity to check it out, and I can’t imagine why you haven’t, I developed a system that sorted through the first-year players and helped to categorize what we’ve seen from them up to this point in the season. It goes something like this:

This week, we place Juan Carlos Navarro under the spotlight. At 27 years of age, Navarro is a senior citizen by rookie standards, or the Joe E. Tata of Beverly Hills 90210, if you will. (Except, of course, you don’t get any peach pie with Navarro.)

La Bomba’s main contribution this season has been from behind the arc. Through 66 games, JCN has nailed 126 treys. With 16 games remaining, it is conceivable that Navarro can surpass the rookie record for three-pointers in a season. In the 1996-1997 season, Kerry Kittles set the freshman mark for treys with 158. At Navarro’s current pace, he would surpass Allen Iverson for second place with 156. A.I. connected 155 times from downtown during the same season that Kittles set the mark in a year where the kids were alright, apparently.

Putting Navarro’s season in historical context, there is a striking similarity to the 1996-1997 rookie season of Matt Maloney. The career of the Houston Rocket never truly recovered from the smackdown he received at the hands of John Stockton while falling two games short of the 1997 NBA Finals. However, Maloney did hit 154 three-pointers during his rookie season.

Maloney, like Navarro, was much older than the average NBA rookie – similar to an Eric Nies in comparison with other The Real World/Road Rules Challenge: Battle of the Sexes 2 competitors . The scrappy 6’3″ point guard didn’t enter the league until the age of 25. When comparing the two rookie seasons, one might not like the future of Navarro:

In other words, these “point guards” like to chuck the three ball and bring little else to the table. In fact, if I was being completely objective, I might ask why in the world Navarro is even allowed to shoot the three as often as he does. He’s only connecting on 37.3 per cent of his shots from behind the arc, so it’s not like Jason Kapono’s 48.6 per cent success rate this season is in jeopardy.

Which brings us back to La Bomba’s relevance in the fantasy world. Given that the season is winding down, teams in the hunt may be looking to gain some points in one category. If the category of three-pointers is an area of opportunity, Navarro might be your guy. Sitting among the top 20 in three-point attempts per game with 5.1, the Spaniard may be available in deeper leagues and is an easy recommendation for his ability to contribute this year as a “One-Category Filler.”

By Steve Simon
This entry was posted on Tuesday, March 18th, 2008 at 9:51 am and is filed under BASKETBALL, Next Generation, Steve Simon. You can follow any responses to this entry through the RSS 2.0 feed. You can leave a response, or trackback from your own site.