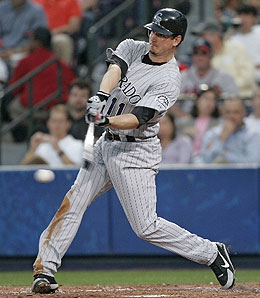 Defending NL Champion Colorado, coming off a 90-win season, has done a superb job of turning the organization around, but will face to tough challenge to top that record and get back to the playoffs in what is sure to be a very competitive NL West.

Some random observations from spring:

By RotoRob
Tags: National League
This entry was posted on Thursday, March 6th, 2008 at 4:22 pm and is filed under BASEBALL, RotoRob, Team report. You can follow any responses to this entry through the RSS 2.0 feed. Both comments and pings are currently closed.