Transactional Analysis: Did Twins Get Enough? 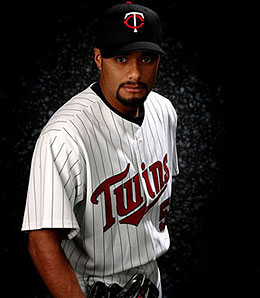 Sure, it cost them four of their top seven prospects, but the Mets are a better team with Johan Santana heading their rotation.

There are plenty of people, Twins’ fans especially, who don’t believe Minnesota received enough when the team ended months of speculation this weekend by dealing Johan Santana to the New York Mets.

The Twins received four prospects: outfielder Carlos Gomez and righties Deolis Guerra, Kevin Mulvey and Phil Humber. However, they were not able to get their main target, outfielder Fernando Martinez, the Mets’ top prospect.

Earlier reported offers, including Boston’s deal which had Jacoby Ellsbury and Jon Lester on the table, and prior to that included Coco Crisp, Justin Masterson and Jed Lowrie, and the Yanks’ offer of Phil Hughes, Melky Cabrera and prospects, were deemed by some better than what the Twinkies ultimately got from the Mets.

Compare the Twins’ booty to what the Rangers received at the trade deadline last year for Mark Teixiera, clearly a vastly inferior commodity compared to Santana. Although Teixiera was teamed with Ron Mahay, a solid southpaw reliever, Texas received the Braves’ top two prospects (pre-season 2007), plus three other solid bets. In catcher Jarrod Saltalamacchia, shortstop Elvis Andrus, righthander Neftali Feliz and lefties Matt Harrison and Beau Jones, you could easily argue that the Rangers made out better than the Twins did, even though they surrendered a much less valuable player.

Gomez, 22, is an exciting five-tool prospect who has improved as he’s moved up the ladder – always a great sign. He made his MLB debut in May, and while he’s still quite raw, I love his long term potential and raved about him early last season. Still, he’s no Fernando Martinez, a kid with massive power potential who looks like a future middle-of-the-order hitter.

Guerra has the highest ceiling of any player the Twins got for Santana. He’s a tall (6’5″) Venezuelan with tremendous strikeout potential (except for the tall part, that sounds familiar, doesn’t it?) who has been pushed to High-A even at the tender age of 18. He shows good control for such a youngster and should be a household name among prospect hunters very soon. Still, he’s a long way from the Show, so let’s no engrave any Cy Young trophies quite yet.

Mulvey, the Mets’ second rounder in 2006, has moved through the system very fast, reaching Triple-A for one start after spending the entire 2007 season at Double-A. As if his Double-A numbers weren’t impressive enough (11-10, 3.32 ERA, 1.24 WHIP), Mulvey tossed six shutout frames with three Ks and no walks in his lone Triple-A start. The first Villanova player ever taken by a major league team with its first pick (the Mets didn’t have a first round selection that year), Mulvey looks like he could help the Twins very soon, possibly in 2008. He’s reached 95 mph with his four-seamer, but his strikeout totals since turning pro have been modest. I expect those to improve over time.

Finally, Humber is probably the most well known name on the list, given that he was the third overall selection in the 2004 draft. Unfortunately, much of the attention he’s received in recent years has been negative, as Mets’ fans have wondered if this kid is a bust considering how fast he was supposed to move up the ladder. But he’s only appeared in five big league games so far and his Triple-A numbers last year, while solid, didn’t exactly scream ‘future ace.’ Tommy John surgery back in 2005 definitely hurt his progress, but even so, Humber is looking like a potential No. 3 starter at best now.

So there you have it. Could the Twins have done better dealing with another team? Possibly. But there were several factors that steered this deal in the Mets’ direction, most notably the fact that they were willing to give Santana the extension and kind of money he was seeking to make this happen. It was also reported that Santana, perhaps fed up with the process, had threatened to invoke his no-trade clause if a deal was not expedited, so the Twins were under the gun to an extent to complete a deal soon.

I would have preferred this deal had the Twins landed Martinez, but if Gomez and Guerra achieve their potential, this trade will really bolster the organization within the next two or three years. Of course, in analyzing what Texas got in return for Teixeira, you have to wonder what kind of return the Twins would have had if they had dealt their ace at the trade deadline.

By RotoRob
This entry was posted on Monday, February 4th, 2008 at 6:07 pm and is filed under BASEBALL, RotoRob, Transactional analysis. You can follow any responses to this entry through the RSS 2.0 feed. You can skip to the end and leave a response. Pinging is currently not allowed.