Next Generation: Second Half Surge 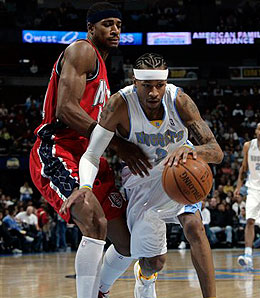 It’s decision time. Now is the time in the season when you are forced to make a decision. Do you think your team has what it takes to win it all, or do you pack it in and look toward next season? This column can help with whatever course of action you decide to take. I’ve listed alternatives at each position for both options – those fantasy owners that are looking for a second half surge in their quest for the title, and those that may decide to stockpile young talent that will be in position to make significant contributions down the road.

Al Horford, Atlanta Hawks: Never mind that the Atlanta Hawks’ offense is geared towards everyone but Horford. Big Al prefers to get the ball as it caroms off the glass. Averaging nearly a double-double (9.0 PPG and 10.0 RPG), Horford has also chipped in with 0.95 SPG and 1.10 BPG, and is pulling down 11.8 RPG over his last five. The Godfather, as Billy Donovan calls him, is looking at the rookie wall and plowing right through it as if it were T.J. Ford.

Sean Williams, New Jersey Nets: When I’m building a team, I want a centre who can block shots. Williams is swatting an average of 2.1 in just 21.0 MPG, and he runs the floor like a gazelle. The Nets are in rebuilding mode and figure to include Williams significantly in their plans. If Area 51 can commit to the game of basketball and figure out a way to score some points in the paint, his potential far exceeds Horford’s.

Jeff Green, Seattle Supersonics: Although Luis Scola has played well when Yao Ming and Tracy McGrady have missed games due to injury, it’s Green that will be guaranteed starter’s minutes in the second half of the season. The first half has not been Green’s finest work, but the Supersonics figure to try to pry themselves from the contracts of Wally Szczerbiak and/or Damien Wilkins, giving Green the opportunity to learn on the job with more minutes. The Green Monster figures to help teams across many categories, rather than dominating any particular one.

Yi Jianlian, Milwaukee Bucks: Yi has the rare inside and outside potential that should have fantasy owners in keeper leagues drooling. He shot 50 per cent from the floor and 81 per cent from the free throw line during the month of December, including a 29-point outburst on 14-of-17 shooting. Yi also blocked 1.8 shots per game that month, just providing a glimpse into the future after his body has further developed and he adjusts to the NBA game. He figures, at the very least, to provide stellar percentages, while blocking shots, rebounding and scoring at a high level. At the very least, consider him a taller version of Keith Van Horn.

Kevin Durant, Seattle Supersonics: Seattle’s loss to Sacramento Monday night was a microcosm of Durant’s rookie season. Amidst Seattle’s franchise record 14th consecutive loss, Durant led the team with 19 points on only 5-of-20 from the field, while chipping in with five rebounds, four assists and three steals. If you can overlook his putrid 40 per cent field goal percentage, KD will provide plenty in other categories to help your team in the second half.

Durant: For keeper league owners, there is only once choice. Within the next year or two, there is no doubt that Durant will be finding himself among the top 10 to 15 fantasy basketball players on the planet. K-Dog has the rare ability to contribute in virtually every category. Required off-season reading for Durant: Muscle and Fitness, Men’s Health and Flex Magazine.

Jamario Moon, Toronto Raptors: No, Apollo 33 is not really a two-guard, but many fantasy sites show him as G/F eligible, so he gets the nod here. He is showing no signs of slowing down. In January, Moon is averaging 8.9 PPG, 6.3 RPG, along with 1.5 SPG and 1.5 BPG. His across-the-board production and consistent minutes make him a safe bet to deliver in the second half.

Juan Carlos Navarro, Memphis Grizzlies: Plain and simple, Navarro will take and make a lot of shots. Problem is, his minutes are at the mercy of Pau Gasol and Darko Milicic. If the Grizzlies do completely commit to small-ball and play Navarro alongside Mike Conley and Mike Miller, he figures to be a huge fantasy asset. While I typically don’t like to accumulate shooting guards on my team, the ones I do keep an eye on are the ones that make a lot of three-pointers. In his last five games, La Bomba is averaging three per game and has averaged 2.1 per game this season in only 24.7 MPG.

Conley: He’s a pure point guard that looks to create for others, yet has unrivaled speed among his rookie class. In limited play thus far, his outside shot has been slightly better than advertised. Remember, he left Ohio State after his freshman season, so he’s still fairly raw. However, the finished product will deliver in precisely the categories a point guard should, and he’s going to far surpass the aforementioned Parker in the fantasy world by adding significant steals and the occasional three-pointer. But sorry, still no Eva to speak of…yet.

By Steve Simon
This entry was posted on Tuesday, January 29th, 2008 at 2:54 pm and is filed under BASKETBALL, Next Generation, Steve Simon. You can follow any responses to this entry through the RSS 2.0 feed. You can leave a response, or trackback from your own site.