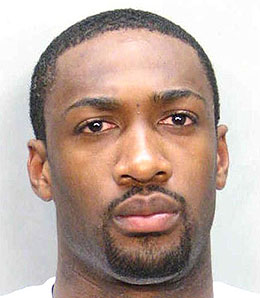 Agent Zero had to eat some crow Friday.

So much for Agent Zero’s guarantee that Washington would come into Boston Friday night and beat what he believes is an overrated Celtic lineup.

Gilbert Arenas was way off here, as Boston rode a 29-10 second-quarter run to a 20-point slaughter over Agent Zero’s Wizards.

Of course, Arenas didn’t exactly do much to back up his assertion, going just 5-for-20 from the field and missing all five of his attempts from beyond the arc. He turned the ball over four times against just three assists.

Arenas, among with many experts, believes that while Boston’s big three is an impressive core, the bench just won’t be deep enough to help the Celtics to enough wins. Well, minus the suspended James Posey on Friday, Boston’s bench managed 16 points, just two less than Washington’s reserves. If the Celtic bench can hang in there on most nights, their starters are strong enough to carry the rest of the load.

Kevin Garnett paid instant dividends, enjoying a 20-20 night with five assists, three steals and three blocks. And Paul Pierce did his thing, nailing 10-of-19 from the floor for 28 points. Ray Allen pitched in with a 5-for-10 shooting performance and drained all five of his free throw attempts for a 17-point night.

This afternoon, it was more of the same, as Boston took its act on the road and downed a solid Raptor team 98-95 in overtime. Today, it was Allen taking centre stage, canning seven treys, including the game winner with under three ticks on the clock, on his way to 33 points. Allen’s huge night took the pressure off with the Truth struggling to a 4-for-17 day (although he did pitch in with six assists, five rebounds and two steals). And KG? Give him another big double-double with 23 points and 13 boards to go along with six assists and three steals. Garnett was especially dominant in OT, scoring 10 points.

Posey was back in action today, and dazzled in his Celtic debut, nailing three three-pointers for 11 points, while Eddie House also reached double digits off the bench. Those were the only 21 points the Celtics managed from the second unit, but on this day, it was good enough to match a Raptor bench that is as deep as any in the NBA.

Okay, there’s no doubt that Boston is an injury away from exposing a serious lack of depth, but so far, so good ” the second unit is getting the job done, and the Big Three have the C’s off to a 2-0 start.

Is Boston the team to beat in the East? Well, let’s see how they fare against Chicago, Miami, Detroit and Cleveland before we jump to any conclusions. But so far, any concerns over this team’s lack of depth are unfounded.

By RotoRob
This entry was posted on Sunday, November 4th, 2007 at 9:43 pm and is filed under BASKETBALL, RotoRob, Team report. You can follow any responses to this entry through the RSS 2.0 feed. You can leave a response, or trackback from your own site.