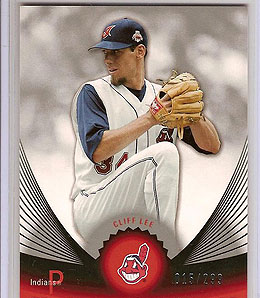 John Lannan has emerged this season as one of the top Nationals’ prospects, but his major league debut last night will be more notable because of Chase Utley than anything Lannan did. A fifth-inning pitch by the rookie southpaw broke Utley’s right hand, sending the Phils’ star to the sideline for several weeks and perhaps dooming Philadelphia to another fall watching from the sidelines. We’ve got the scoop in today’s Daily Dose.

While Utley owners were cringing at Thursday’s events, Manny Ramirez owners were turning cartwheels as the slugger’s brilliant month continued with two long balls — one of them winding up as the third-longest in the history of Jacob’s Field. We also checked in on young Fish starter Josh Johnson, who could be in a world of hurt, facing possible Tommy John surgery.

You’ll find all of this plus a plethora of other fantasy notes in the Dose.

By RotoRob
This entry was posted on Friday, July 27th, 2007 at 2:55 pm and is filed under BASEBALL, MLB Daily Dose. You can follow any responses to this entry through the RSS 2.0 feed. You can leave a response, or trackback from your own site.