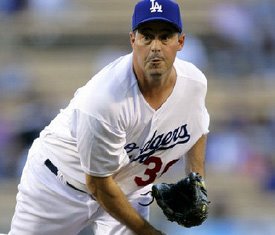 It’s been almost two and a half months since the launch of RotoRob.com and we’ve reached our first major milestone: post No. 100. We’re off to a great start, but it’s just the beginning. Plenty of new features are planned and they’ll be rolling out over the coming months. Buckle up and enjoy the ride!

In Spikes Up this week, we discuss the effect Greg Maddux has had on the Dodgers; J.D. Drew and the likelihood or lack thereof of him staying healthy; and the Orioles intelligent handling of Corey Patterson and how that’s helped him rebound from his dismal 2005.

Read all of these fantasy baseball observations and more.

By RotoRob
This entry was posted on Monday, August 14th, 2006 at 1:41 am and is filed under BASEBALL, RotoRob, Spikes Up. You can follow any responses to this entry through the RSS 2.0 feed. You can leave a response, or trackback from your own site.