Reds Get Help From Surprise Source 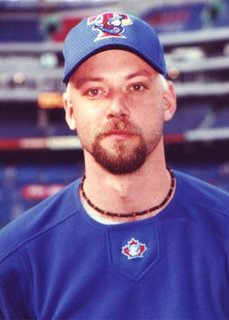 It takes talent, perseverance, luck and unexpected contributions to get to the postseason in baseball. Yesterday, the Reds were able to defeat the Phillies in a huge game thanks to some serious luck: they got an unexpected fantastic performance from a veteran crafty lefty who knows a thing or two about perseverance.

Chris Michalak, a 35-year-old veteran just brought up yesterday from Triple-A when Kent Mercker landed on the DL, threw 6.2 innings of three-hit, one-run ball to help the Reds hold off Philadelphia and ultimately earn a massive victory that allowed the club to maintain its tenuous Wild Card lead and stop the Phils from pulling within one game of them.

Despite being thrown right into a playoff-type environment, Michalak was able to win his first game since 2001. “It makes all the years in the minors and all the hard work worthwhile,” he said.

Michalak, originally taken by Oakland with the 349th pick of the 1993 draft, has been with 11 different organizations, not including three stints with Arizona and two with the Rangers. Obviously, he is well versed on living out of a suitcase. Michalak last appeared in the majors in 2002 with Texas, but this season he was enjoying his finest Triple-A campaign, going 9-5, 2.99 with 61 strikeouts at Louisville to earn the call.

Cincinnati was forced to virtually empty the bullpen (even using yesterday’s starter Elizardo Ramirez in relief) on Friday night in a 14-inning marathon, so Michalak’s performance was all the more vital when Ramirez could only last an inning and a third before relief was needed.

If the Reds do in fact hold on and win the Wild Card or perhaps even take the Central division outright, a gritty performance by an aging journeyman lefty one August afternoon could very well prove to be one of the turning points.

By RotoRob
This entry was posted on Sunday, August 13th, 2006 at 12:10 pm and is filed under BASEBALL, Player profile, RotoRob. You can follow any responses to this entry through the RSS 2.0 feed. You can leave a response, or trackback from your own site.