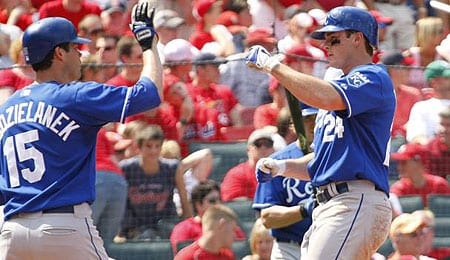 By RotoRob
Tags: Albert Pujols, Bobby Abreu, David Eckstein, Kansas City Royals, Mark Grudzielanek, New York Yankees, Reggie Sanders, Scott Rolen, Tony Graffanino
This entry was posted on Wednesday, July 26th, 2006 at 5:55 pm and is filed under BASEBALL, Fantasy Notes, RotoRob. You can follow any responses to this entry through the RSS 2.0 feed. Both comments and pings are currently closed.