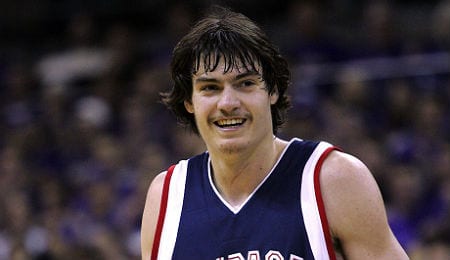 By RotoRob
Tags: Adam Morrison, Gonzaga Bulldogs, Larry Bird, NBA Draft, NBA Rookie of the Year, NCAA Tournament, Summer League, UCLA Bruins, Wally Szczerbiak
This entry was posted on Monday, July 17th, 2006 at 8:30 am and is filed under BASKETBALL, Draft report, Prospects, RotoRob, Scouting Report. You can follow any responses to this entry through the RSS 2.0 feed. Both comments and pings are currently closed.