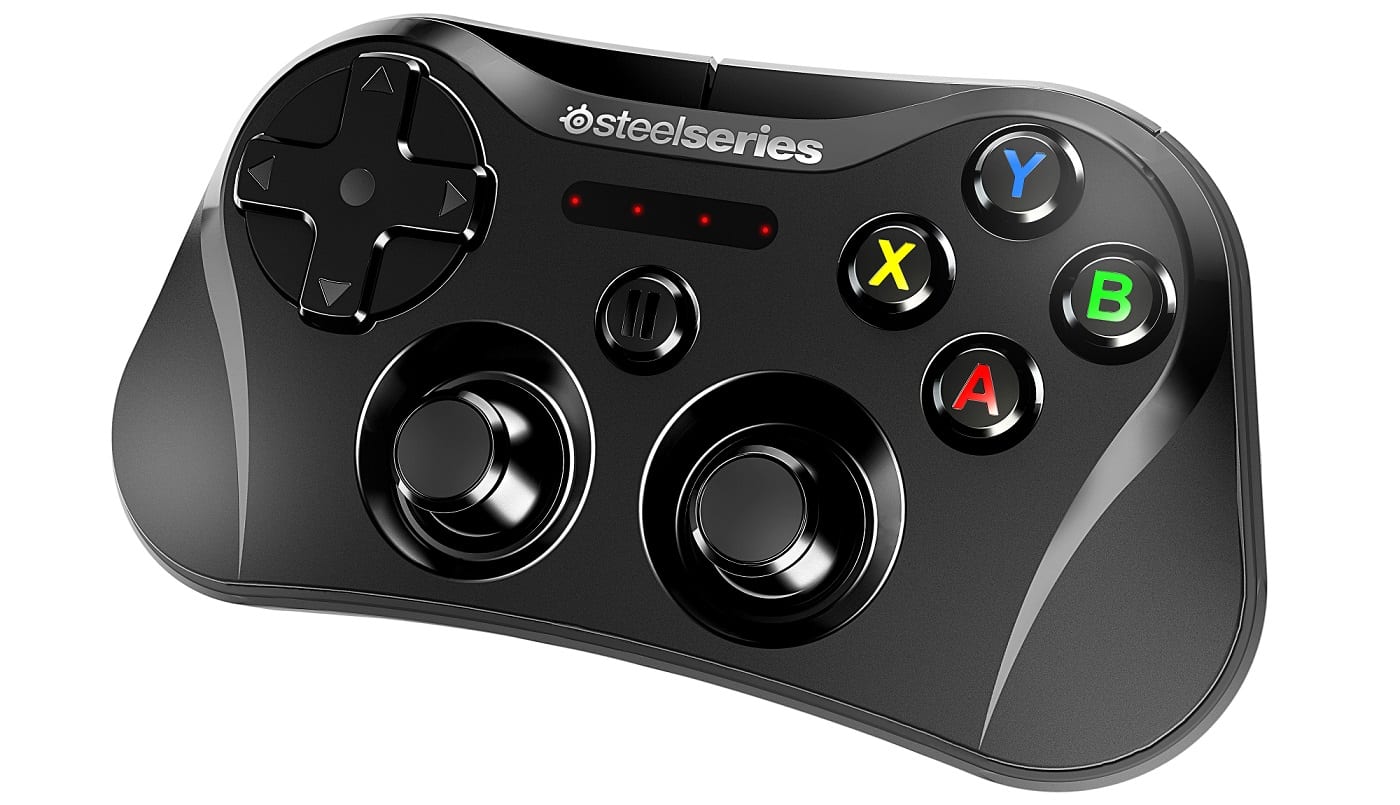 Although there may be no shortage of reasons we rarely play iOS games, by far the most significant one is that we simply don’t like playing without a controller. It doesn’t matter with a game like Candy Crush Saga or Wordament, which is why we gravitate toward those types of games for our iPod/iPad fix, but even relatively straightforward games like Minigore or Year Walk get short shrift because moving our thumbs around a touch screen just doesn’t feel right.

Looking to remedy that situation is SteelSeries with its Stratus Wireless Controller, which allows you to play many iOS titles the same way you’ve been playing on consoles for decades. It’s unquestionably a noble endeavour, but let’s see how well it actually works.

What’s in the Box

Sold through SteelSeries’ website for US$79.99, the Stratus Wireless Controller comes packed with the controller itself, a carrying case, a USB cable for charging and an instruction booklet. A small plastic piece can be placed over the front of the controller for protection when not in use, and it can then be moved to the back for improved grip when it is — it pops off too easily, though, and would benefit from a locking mechanism to keep it in place. The bag is a nice, soft mesh, and it’s big enough to hold both the controller and cord.

The Stratus controller is designed to work with iOS 7 and is compatible with iPhone 5/5s/5c, iPad (4th Gen), iPad Mini, iPad Air and iPod Touch (5th Gen). In theory, setup is simplicity itself, requiring you only to go to your bluetooth settings, flip on the Stratus to be discovered and then pair it. At least that’s what the instruction booklet says.

Once device after device failed, however, we went to the website and saw that a key step is missing from what’s written. There’s a pairing button on the back — and given that it ships with the case on the back it’s not even obvious it’s there until you remove it — that needs to be held down. The booklet says you need to do that to “erase” previously stored devices, but we couldn’t get it to pair with anything without holding down the button — the website calls it “discovery mode.”

Once that little bit of business was sorted out, the controller paired up almost immediately. So, as long as you figure out that missing step you shouldn’t have any trouble getting set up.

Probably the first thing you’ll notice about the Stratus is that it’s quite small… as in about half the size of an Xbox 360 controller. Despite that, the buttons, sticks and d-pad have enough space that we didn’t find ourselves fumbling over the functions. Granted, we didn’t play any games that incorporated the full suite of buttons and bumpers, but the only issue we could really envision is some overlap with the L1/L2 and R1/R2 functions on the top of the controller as they’re rather crowded.

Whether playing shooting or platforming titles, the controller was extremely responsive, and we never noticed any sort of lag or disconnect between what we were doing and what happened on screen. The battery life was very impressive as well, and we’d guess we were at around eight hours or so when we finally felt compelled to charge it again.

Although this may seem obvious, it’s at least worth mentioning that you’ll need to have a spot to set down your iPad/Phone/Pod when using the controller as you’re going to need both hands. For us that created a bit of a disconnect, especially when playing on an iPad Mini laid flat, but once you find a sweet spot for positioning your device, the Stratus feels like a natural extension.

Versatile, well built and easy to use, SteelSeries’ Stratus Wireless Controller is a potential Godsend for gamers like us, that see plenty of interesting iOS titles but steer clear because of touch controls. The cost is a bit steep, and the small size could be a drawback for some (an XL version is reportedly in the works), but if you consider it a gateway to hundreds of new titles, it’s easier to reconcile.

Now it’s your turn. Let us know in the comments below what you think of this product.