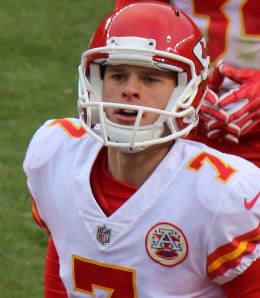 By Lucas Chan
Tags: 2020 NFL Draft Kit, Harrison Butker, Kansas City Chiefs, Kicker Rankings, Patrick Mahomes
This entry was posted on Saturday, July 11th, 2020 at 5:58 pm and is filed under 2020 NFL Draft Kit, Cheat sheets, FOOTBALL, Lucas Chan. You can follow any responses to this entry through the RSS 2.0 feed. Both comments and pings are currently closed.