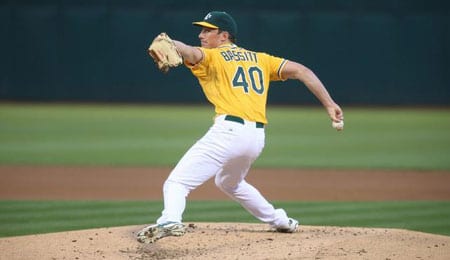 Welcome back to another week of Fantasy baseball. We’re into mid-May now, nearing the time when you should have a pretty good idea of whether you’re a contender or pretender. Use the wire to your advantage!

This week, Addison Russell has more trouble to get himself out of, this time with his team’s fans; Albert Pujols became just the third player in the MLB history to reach 2,000 RBI; and Dee Gordon has scratched JA Happ off his X-Mas card list after having a pair of pitches thrown near his head.

Miguel Sano, 3B, Minnesota Twins (ESPN: 24.1 per cent; CBS: 50 per cent): Sano has nearly recovered from a heel injury that has delayed his season debut. His rehab has now taken him to Triple-A, leaving him days away from activation and likely your last chance to buy in. It’s unclear if Sano will immediately reclaim his third base job, but Minnesota needs to find a way to get his power bat in the lineup. His extra-base pop never looked worse in an injury-ravaged 2018 season, but if he’s truly healthy, he has 30-homer potential. Sano has had a ton of health woes, yes, but he’s an absolute beast of a man capable of serious mashing when he’s right (see video below). And he’s still only 25, so take the chance.

Chris Bassitt, SP, Oakland Athletics (ESPN: 26.3 per cent; CBS: 44 per cent): Since returning from the minors, Bassitt has been a very reliable starter, so it’s time to take him more seriously as a Fantasy asset. On Thursday, he hurled a season high 7 2/3 IP, matching his season high with nine Ks. Homers have been an issue for Bassitt this year, but after looking pretty good last season, he’s really opening some eyes in 2019. A 16th round pick in 2011 by the White Sox, he may finally be ready stick as a big league starter.

One of the greatest bands ever to come out of London, Led Zeppelin in 1970 released III, a more eclectic, folky effort than its first two albums. The final track on the album was “Hats Off to Roy Harper,” was a reworking of a blues song by Bukka White.

By RotoRob
Tags: Chris Bassitt, Miguel Sano
This entry was posted on Saturday, May 11th, 2019 at 2:28 pm and is filed under BASEBALL, RotoRob, The Wire Troll. You can follow any responses to this entry through the RSS 2.0 feed. Both comments and pings are currently closed.