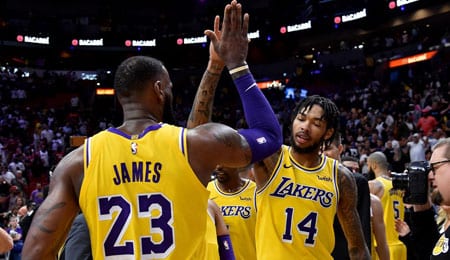 By RotoRob
Tags: Brandon Ingram, Golden State Warriors, Klay Thompson, LeBron James, Los Angeles Lakers, NBA, Staples Center, Staples Center Suites
This entry was posted on Wednesday, January 23rd, 2019 at 5:07 pm and is filed under BASKETBALL, Game report, RotoRob. You can follow any responses to this entry through the RSS 2.0 feed. Both comments and pings are currently closed.