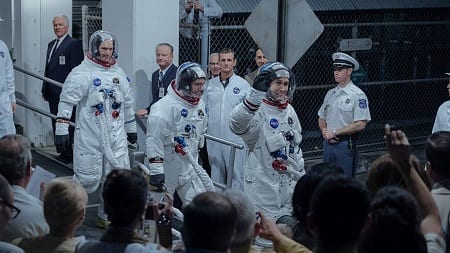 By HC Green
Tags: Apollo 13, Blu-ray reviews, Damien Chazelle, First Man, Hidden Figures, La La Land, Movie Review, NASA, Neil Armstrong, Ryan Gosling, The Right Stuff
This entry was posted on Friday, January 18th, 2019 at 7:21 pm and is filed under Herija Green, Movie Reviews. You can follow any responses to this entry through the RSS 2.0 feed. Both comments and pings are currently closed.