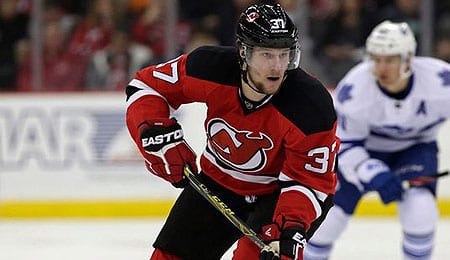 Welcome back to another week of Fantasy hockey. We’re nearing the end of November, a time when you should have a good idea of where you stand in your leagues. Fix your weaknesses with the wire.

This week, he Penguins lost struggling goalie Matt Murray to the IR, leaving Casey DeSmith to man the net (see below); the Oilers added to their defensive depth by acquiring Chris Wideman from Ottawa for a conditional 2020 sixth round pick; and NHL scoring leader Mikko Rantanen is $2,000 poorer after getting slapped with an embellishment fine.

Pavel Zacha, C, New Jersey Devils (ESPN: 1 per cent; CBS: 8 per cent): Zacha got off to a putrid start, failing to record a single point through the first 12 games. Well, he’s making up for lost time now. After potting two goals Wednesday, he now has four goals in the last three games. Yes, he’s sometimes guilty of coughing up the puck (34 giveaways last season, four in his last game alone), but he seems to have gotten his game going on a new line as the centre on the second line with wingers Jesper Bratt and Marcus Johansson, a combo that has provided early returns and controlled play well. Zacha has been a streaky player so far in his career, but after scoring 25 points in 69 games last season, he seemed poised for a breakout. Perhaps it’s just been a tad slow in the coming. And like most athletes, he seems thrilled to be interviewed (see video below).

Casey DeSmith, G, Pittsburgh Penguins (ESPN: 4 per cent; CBS: 43 per cent): Smith had a solid rookie season, posting a fine 2.40 GAA in limited action, and he’s been even better in the early going this season, with just 25 goals allowed in nine starts and four relief appearances. With starter Murray struggling with both injuries and ineffectiveness and now landing on the IR, the net is DeSmith’s for the foreseeable future. As long as you keep Smith away from the Bruins, he’ll be a fine play for you.

Alex Stalock, G, Minnesota Wild (ESPN: 0.6 per cent; CBS: 8 per cent): With Devan Dubnyk currently ill, Stalock has taken over as the main man in the Minny net. Stalock wasted no time in establishing himself as a viable Fantasy option, backstopping the Wild to a 4-2 win over the Jets on Saturday with a 26-save effort, including 14 in the first period alone. He saw his most action ever last year, but wasn’t at his best (2.85 GAA, .910 save percentage). This season, Stalock has been much sharper, with a 2.54 GAA heading into Saturday’s fine showing. The one-time Shark backup has struggled to grab a starting job, but has generally been very impressive when called on, so grab him if you need short-term help.

Mikko Koskinen, G, Edmonton Oilers (ESPN: 2.4 per cent; CBS: 28 per cent): No. 1 goalie Cam Talbot has struggled so far, allowing Koskinen to see more and more action of late. Koskinen is a great story, having last played in the NHL in 2010-11 before heading back to his native Finland for a couple of years and spending the last six seasons in the KHL. He turned in another solid effort Friday, saving 23 of 25 shots, coming within 17 seconds of his second shutout of the season and giving him five straight games of three goals or fewer allowed. Koskinen already has five wins with a solid 2.65 GAA and looks like a fine pickup for the long haul.

James Reimer, G, Florida Panthers (ESPN: 0.8 per cent; CBS: 21 per cent): There’s plenty of goaltending options this week as yet another Roberto Luongo injury has forced Reimer back into the No. 1 role for the Panthers for the time being. Long-time backup Reimer never seemed comfortable starting, but like it or not, he’s got the job now, and perhaps this will help him shake off a poor start. He appeared in a career-high 44 games last season, but wasn’t great (giving up 120 goals). Still, Reimer has been a sound goalie throughout his career, earning 134 wins with a 2.80 GAA, .914 save percentage and 21 shutouts, so he’s worth looking at if you need help.

David Schlemko, D, Montreal Canadiens (ESPN: unowned; CBS: unowned): Schlemenko missed the first few weeks of the season with a knee injury, but has stepped right into major minutes upon his return two weeks ago. Okay, so he’s not exactly the most skilled or fastest defenseman on the Habs, but he did log a team-high 30 shifts on Friday, picking up an assist (on the PP), three shots, four blocks and a pair of minor penalties. You won’t ever get much offense from a generally bottom-pairing defender like Schlemko, but he’s averaging around two and a half blocks and one and a half hits per game, and that has value.

American pop singer/songwriter Brenda Russell is a five-time Grammy winner. From her 1993 album Soul Talkin’, here is “Who Are You,” featuring R&B singer Bobby Caldwell.

By RotoRob
Tags: Pavel Zacha
This entry was posted on Saturday, November 24th, 2018 at 2:04 pm and is filed under HOCKEY, RotoRob, The Wire Troll. You can follow any responses to this entry through the RSS 2.0 feed. Both comments and pings are currently closed.