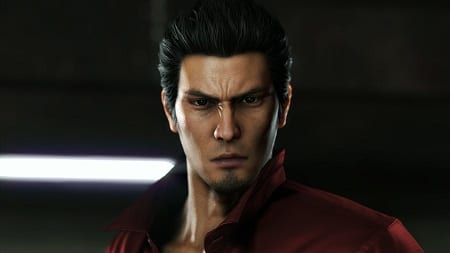 Kiryu-san is rarely a happy camper.

After veering back to the past with last year’s Yakuza 0, SEGA is returning the series to the present day with Yakuza 6: The Song of Life, which continues the journey of longtime protagonist Kazuma Kiryu. It’s been more than two years since we last saw Kiryu-san left beaten and bloodied in the snow, so we’re well past due to check in on the fate of the Fourth Chairman.  Hisashiburi…

Easily the most disappointing aspect of Yakuza 6 is that the combat advances made in Yazuka 0 have been cast aside. Whereas the latter featured two playable characters with three distinct combat styles they could switch to at will, Song of Life features only a single approach that never sees any meaningful change from start to finish.

Sure, you’ll earn experience and purchase upgrades, which include some new combos and situation-specific heat gauge attacks, but they don’t alter the basic encounters. In fact, we settled into a pretty standard approach when fighting non-boss enemies: punch one, grab a hold of him and throw him into his friends. Then, while they’re staggered, pick up a weapon and start smashing them with it or kick them while they’re down. Rinse and repeat.

There are still fun moments, usually related to some particularly brutal heat-gauge attack such as when Kiryu sticks a blade in an enemy’s stomach and then buries it deep with a well-placed knee, but it’s an inarguable step back to go from six fighting styles to one. The series’ usual mix of mini games (batting cages, karaoke, darts and so on) returns as well, all of which handle capably.

With Yakuza 6 marking the series’ debut title made exclusively for the PS4, it’s no surprise that this is its best looking game to date. The districts of Kamurocho (located in Tokyo) and Onomichi (Hiroshima) are very different — Kamurocho is slathered in neon lights and things to do, whereas the sleepy Onomichi is a quiet town — and shuttling back and forth provides the game with some needed variety.

Cut scenes have always looked good, and they look even better with the power of the PS4 behind them, though the game’s frequent transitions between full CGI and in-game engine (where you can manually advance the dialogue) for many of the lengthy expositions feels a little outdated. The game runs smoother as well, transitioning seamlessly from walking the streets to skirmishes with thugs and anonymous yakuza.

As always the entirety of the game’s vocal performances are in Japanese so we’re ignorant to the substance of the work, but the tone and delivery always seem spot on even if some of the translations seem kind of silly. The music and sound effects are both fine.

While recovering from injuries sustained at the end of Yakuza 5, Kiryu is arrested and spends three years in prison as a result. The Song of Life picks up as he finishes up his sentence and returns to his Sunflower Orphanage only to discover that Haruka, who he has looked after like a daughter, has disappeared.

In an attempt to locate her, Kiryu travels back to Kamurocho. Once there he quickly learns that Haruka suffered grievous injuries as part of a hit-and-run car accident and is now comatose. There’s an even bigger surprise for Kiryu, however, as he’s introduced to Haruka’s son, Haruto. Rather than allow child services to place him in a foster home, Kiryu takes Haruto and travels to Onomichi in hopes of locating the father and discovering details of the “accident.”

It’s a good story with plenty of Yakuza‘s usual intrigue and serves as a worthwhile sendoff to Kiryu after seven installments (assuming this is indeed his swan song). It doesn’t last as long as some of the other games in the series with the main storyline around 20 hours, but that’s padded out with the usual assortment of bizarre side quests and mini games, as well as trouble missions and all-new Clan Creator, so you can easily add another 10-plus hours.

Clan Creator is the most significant addition, putting Kiryu in charge of a gang and having them do battle with JUSTIS, a vigilante group gone bad. It’s packaged as a basic real-time strategy setup as you deploy bosses, each with their unique ability like healing skills or powerful strikes, to go along with basic units.

As you progress you’ll encounter new special units that you recruit by defeating in traditional one-on-one fights. Experience gained for clan battles levels up your lieutenants, and boosts can change based on how your arrange your hierarchy. Still, much like the usual combat, there’s an approach that works nearly without fail so advancement is pretty easy.

Beyond that, Yakuza 6 is content to play the series’ greatest hits, pushing its odd blend of heavy exposition, fighting game combat and the always-odd side quests. Other than the streamlined battles, there’s nothing to really sell new players on, but those that have followed Kiryu should come away feeling satisfied.

Yakuza 6: The Song of Life isn’t the best the series has been, particularly its combat, but the compelling story and cast of characters kept us engaged from start to finish.

By HC Green
Tags: SEGA, Video Game Review, Yakuza, Yakuza 6: The Song of Life
This entry was posted on Thursday, April 12th, 2018 at 4:17 pm and is filed under Herija Green, Video Game Reviews. You can follow any responses to this entry through the RSS 2.0 feed. Both comments and pings are currently closed.