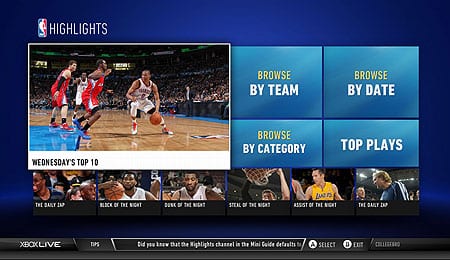 The highlight packages are well done.

While we’ve experienced NBA League Pass through DirecTV in the past, we’ve never had the chance to check out the Game Time app with NBA Broadband until recently. To be clear, the app itself is free, but to watch full games you’ll need to pony up for the Broadband League Pass — the cost is either US$199 for access to all 30 teams or US$140 to watch any five teams of your choice.

The app is available on numerous platforms (iOS, Roku, PlayStation, etc.), but for the purposes of this review we’ll be focusing on the Xbox 360 version.