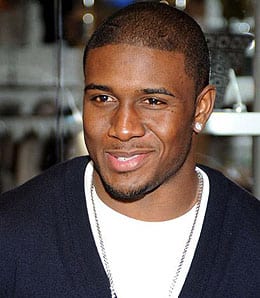 Josh decided to keep Reggie Bush with a fourth round pick.

Like all Fantasy experts, I have a long-standing home league that is essentially my baby. We drafted Tuesday evening, and going that late before the season starts rules — it is definitely preferred over drafting early.

Here is how the league works: You need to start one quarterback, two running backs, two wide receivers, one tight end, one kicker and one team defense. There are six bench spots.

We get a point per reception, plus QBs get six points per TD pass. The rest of the scoring is pretty standard, except we do get one point for every 20 return yards and because I loath kickers they five points for field goals of 50 yards or longer.

It’s a keeper league, but you can’t keep a first or second round pick. You lose the pick from the round in which your keeper was drafted. If you keep an un-drafted player you lose an eight round pick (damn you, Alfred Morris!).

My first pick (10th overall) I went with A.J. Green. Many owners protected running backs, including me, keeping Reggie Bush in the fourth. Matt Forte fell to me but my love for Green is too immense. (You can get a sense of where my bromance comes from by watching the video below.)

In Round Two Jimmy Graham was staring at me with his beautiful bald head glistening [Editorial note: RotoRob does not endorse starting directly at glistening bald heads.]. So I had to take him. It wasn’t my plan at all but I fell hard. My RotoRob Fantasy Football Weekly Podcast co-host Nick Wagner stresses best available in the first three rounds. So since I didn’t listen to that advice in Round One, I went for it. I have studied TEs so much and I was totally ready to settle. I love Brandon Myers and Martellus Bennett and they went in the final round.

Round Three came at me like a three toothed girl in a club full of hotties. No, not really. Hell, I got Vincent Jackson! He only led the league in yards per catch last season.

Round Four was my keeper, Bush. I heard recently that the Lions have been working in some screen passes for him and with Megatron likely double teamed down field, Bush will have a whole lot of yards to gain.

In the fifth, my miniature boyfriend Darren Sproles was still available. He is legitimate star and nearly impossible to tackle. I’m so happy he is mine for another year.

I still needed a QB as Round Six rolled around and Andrew Luck was the top rated field general left. So I bit! Luck is already very good and he is only going to get better.

By the seventh round, the RB pool was seemingly thinner than an onion skin. Shane Vereen was my pick and I am in love. Vereen has been very hyped by many and I am buying. Ridley owners beware.

In Round Eight, another hyped player was looking at me with those puppy dog eyes. His name is Chris Givens and he is a WR for the St. Louis Rams. Tavon Austin owners should be on high alert because Givens is good. Maybe visions of former Tennessee Oilers WR Ernest Givins doing the electric slide clouded my visions? Nonetheless, I am excited for Chris Givens to take flight.

Taking Givens in the eighth round seemed trendy, but Alshon Jeffery was still there and rated super low. So I slid him into my queue after I drafted the Denver Defense with my ninth round pick. That pissed off the Broncos fan who drafted after me, so job well done I guess. After all, they face very weak divisional opponents.

Jeffery stuck around for me until Round 10, so I jumped on him. With teammate Marshall demanding attention and Bennett causing chaos in the middle, Jeffery should be open.

In Round 11, Danny Woodhead was standing there like a kid selling candy. I bought the lot. “Come along, young man, we have a championship to win,” I told him. Woodhead is drastically under owned across the board considering starter Ryan Matthews’s many shortcomings.

In the 12th, suspended Justin Blackmon was still there and I couldn’t pass him up. My lineup was clearly already set. I still believe that Blackmon will a be strong player come Fantasy playoff time.

In the 13th round, many players were swirling through my head. Unbelievably, Jacquizz Rodgers was still there and he was rated very low. Jeremy Kerley and his 800 plus receiving yards was there too, and he was rated even lower than Rodgers. Unfortunately however, this league uses kickers and I still needed one so with Phil Dawson and Mike Nugent in my queue I selected Dawson who was No. 1 in our preseason Kicker Rankings.

I was all set to take Rodgers in the 14th round, but then I decided to look around and scrape a bit. Kerley entered my head once again. Then I saw Terrell Pryor and his Raider teammates Marcel Reece and Rashad Jennings. As I said before, Bennett and Myers were still up for grabs and so was Jared Cook. Jay Cutler, Joe Flacco, Alex Smith, Phillip Rivers and Josh Freeman (who all went undrafted). So were Greg Little and Daniel Thomas, so what did I do? What did the newly crowned RotoRob Fantasy Football Editor do? Well, the clock ran out on me, so it took the top guy in my queue, which was Mike Nugent. Yes, the “expert” that hates kickers drafted two of them. And with that the draft was done for me.

This league is my baby. This is year seven and I have three championships, two second-place finishes and one third-place finish (last year). So if you are doing the math, I have in the title game five of six years. I also hold the league record for consecutive wins with 14 and I have enjoyed two different regular seasons with a 12-1 record.

By Josh Johnson
Tags: Alfred Morris
This entry was posted on Saturday, September 7th, 2013 at 3:38 pm and is filed under Draft report, Draft strategy, Fantasy Leagues, FOOTBALL, Josh Johnson. You can follow any responses to this entry through the RSS 2.0 feed. Both comments and pings are currently closed.