The Wire Troll: OMG, We’re Back! 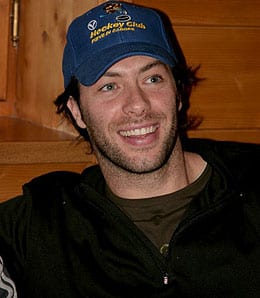 Matt Cullen has quietly been very productive this season.

Did you miss us at all? Well, we have been compiling numbers like those little bean counters always should. Submitted for your approval this week are three players you should probably be trying to snipe before everyone else does. So why do we do this? It is simple. We do it so you do not have to.Who wants to take the time, effort, and energy to find these players after all?

The rules are simple. The following players cannot be owned in more than 50 per cent of leagues. That is half for those scoring at home. Also, the goal is to pick one forward, one defenseman, and one goalie. Goalies are a bit tougher, but then again that is why this has become more of a challenge this season.

It is time to get this started the only way we know how. Strap on in and remember your hockey stick and puck because here we go with this week’s Wire Troll recommendations.

Matt Cullen, C, Minnesota Wild: Quietly, Cullen has put up 19 points which is nice, but as an even bigger bonus, his 13 points on the man advantage are a godsend to Fantasy owners looking for some power play salvation. Being on a line with ultra hot Martin Havlat does not hurt your prospects, either. Think about it this way: Cullen is only owned in 35 per cet of Yahoo! leagues, and is in the 30 to 40 per cent ownership range in most other Fantasy leagues. The Wild has a power play in the top third and Cullen is the pivot. Why not take a shot? What is the worst that could happen, right?

Cam Fowler, D, Anaheim Ducks: The school of hard knocks has really hit Fowler hard, but now he has hit back with nine points in his last 12 games while posting a respectable -1 in that span. Additionally, this defenseman is owned in only 7-to-10 per cent of all Fantasy leagues which means he is available for your keeper or redraft leagues. Four of his five points on the power play have come during this recent 12-game stretch which means he is learning. The hits are coming as well. Yes, the learning curve can be tough in the NHL, but Fowler always had all the physical tools, it was more his mental makeup that was questioned. Do not question it too much longer or you will be left out in the cold.

Corey Crawford, G, Chicago Blackhawks: With the Antti Niemi and Cristobal Huet drama behind Chicago, Crawford has benefited as a backup to new starting netminder Marty Turco. Chicago’s defense is not quite as good as last season and neither is the team as a whole, honestly. Yet Crawford has improved his game. The six wins are nice, but the 2.36 GAA and .914 save percentage should at least make some take notice. He is now a pretty good 1B at this point which could make him a decent third goalie in those deeper leagues. Also, he is only owned in 10-to-15 per cent of leagues out there which means he should be there for the taking. This is the time of year to catch others napping. Crawford would be a good choice to pick up before the holiday rush truly begins.

Next week we will bring more good tidings with The Wire Troll. Please keep an eye on this and those pesky waiver wires because we will as well. Good luck out there.

By Chris Wassel
This entry was posted on Monday, December 6th, 2010 at 2:01 pm and is filed under Chris Wassel, HOCKEY, The Wire Troll. You can follow any responses to this entry through the RSS 2.0 feed. You can leave a response, or trackback from your own site.