The Wire Troll: Beginnings to the End 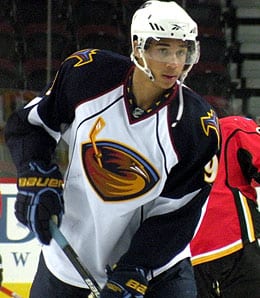 So we have joked all year about how some waiver pickups have gone so much better than others. Let’s face facts here. Sometimes our misses are spectacular and our hits are lights out as well. I have to say that this year we have more hits than misses. For every Matt Moulson, there was a Tyler Kennedy. Now to prove how weird things have been in the last few weeks, please consider the following:

These are just a few of the weird occurrences that have happened in the last 24 hours. This could be classified as a microcosm of how some Fantasy leagues have gone this year. There have been so many waiver pickups throughout the season, but we have three nominations for the best. Some will heavily disagree, but mind you, these are picks from previous Wire Trolls. Two players are guys from near the beginning of the year that surprised and one that was a bit of a deadline pickup.

Matt Moulson, LW, New York Islanders: Twenty-nine goals on the season for a guy who was a long shot at best to crack the Isles coming out of training camp. I would say that is not too shabby at all. The scary thing is he could easily break 30 next year with some better seasons from Islanders not named John Tavares who hit the wall. Moulson’s 200+ shots on goal this year is something to be encouraged by if you own him. I expect even bigger things out of this kid next year. Sadly that means he won’t be a Wire Troll pickup, but I am sure someone will pick up the slack. Those Wire Troll picks always do somehow.

Patric Hornqvist, RW, Nashville Predators: This is another out of left field pick that has 30 goals on the season. He will be rested to close the season but 10 of tallies were on the man advantage and his +18 was impressive on a team that barely could score more goals than they gave up. Oh, by the way, Hornqvist fired 275 pucks at goalies this year. If he does anything like that next season, he could net 35 or 40 goals. What you have to really like about the play of a guy like this is the simple fact that he has a nose for the net. Who will be next year’s Hornqvist? That will be a question many Fantasy owners search for an answer to.

Lee Stempniak, RW, Phoenix Coyotes: All he did after the trade deadline was set the world on fire. Thirteen goals in a 15-game span made Stempniak a waiver wire wet dream. Overall as a Phoenix Coyote, Stempniak has 13 goals on 46 shots and 17 points in 17 games. Quite simply, you cannot get more clutch than that as many went along with my pick and rode the wave to Fantasy glory. Some players just need that change of scenery and Phoenix was the perfect place for him. What will be interesting to see is how Stempniak fits in next year. His stock has gone way up.

The question for everyone at hand is who should win the Waiver Wire Pickup Of The Year? I will reveal my answer next Sunday along with some Fantasy Playoff pickups you can use on your team. Just because the regular season has ended, it does not mean Fantasy hockey is over, ladies and gentlemen.

By Chris Wassel
This entry was posted on Sunday, April 11th, 2010 at 2:04 pm and is filed under Chris Wassel, HOCKEY, The Wire Troll. You can follow any responses to this entry through the RSS 2.0 feed. You can leave a response, or trackback from your own site.