Fantasy Hockey Roundtable: Messing with Satan Can Be Risky 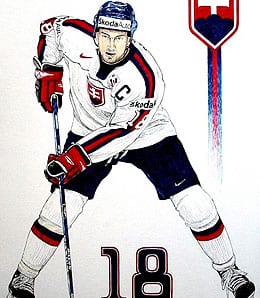 Should Fantasy owners take a chance on Miroslav Satan?

With RotoRob.com hosting this week, the Fantasy Hockey Roundtable was asked “Did you grab Miroslav Satan when the Bruins signed him last week? Why or why not?”

Here’s what the experts had to say:

Count me out of the Miroslav Satan sweepstakes in any of my leagues. Sure, Satan might benefit ice time-wise with the Bruins because of injuries to Marc Savard and Patrice Bergeron. However, this was the same player who the Penguins placed on waivers at last season’s trade deadline and then subsequently sent to the minors after there were no takers. During the Penguins’ Stanley Cup run, Satan found himself in the press box when Petr Sykora wasn’t there. Once upon a time, Satan was a consistent 60-to-70 point player, but don’t fool yourself — those days have passed. Don’t expect him to help your Fantasy team a great deal.

No. Mid-season signings are a gamble even when the player is a former stud like Mats Sundin or Peter Forsberg. They typically need a while to shake off the rust and their failure rate seems to hover around 50 per cent. That being said, the allure of players like Sundin and Forsberg is their upside. With Satan, you’re getting most of the risk for none of the upside. He scored 17 goals and registered 19 assists in 65 games last season and had just 41 points in 80 games in 2007-08. The most you can realistically hope to get out of Satan is about a point and a penalty minute every other game. Unless your team has been plagued with injuries or you’re in a particularly deep league, he’s just not worth the risk.

Maybe I’m an optimist, but I grabbed Satan in some leagues where I had some guys who weren’t doing much for me anyway. As everyone has pointed out, Satan is a risk, especially given the way he pretty much petered out at the end of last season. But at the same time, he’s now rested and desperate to prove he’s an NHL-caliber player. Then, factor in that players new to teams often have an explosive start from the excitement of playing someplace else. Satan hasn’t shown that explosive scoring with his two points in four games, but he’s putting up numbers for a Boston team that’s coming off of a three-game losing streak going into last night’s game against San Jose.

Obviously, Satan isn’t going to save anyone’s Fantasy season (or Boston’s real-life one), but if you have an extra roster spot, you could do worse than to grab him.

By Steven Ovadia
This entry was posted on Friday, January 15th, 2010 at 8:34 am and is filed under HOCKEY, Roundtable, Steven Ovadia. You can follow any responses to this entry through the RSS 2.0 feed. You can leave a response, or trackback from your own site.