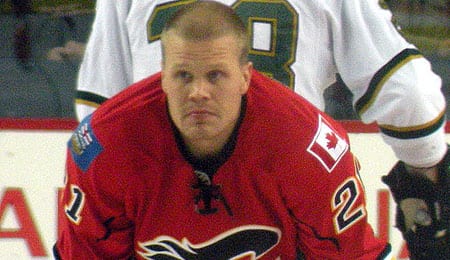 This week’s Fantasy Hockey Roundtable was right up my alley — multiple choice: “Which of the following struggling centres is most likely to find his scoring touch by the end of the season? The least likely?”

Here’s how I weighed in:

My money is on Vincent Lecavalier regaining his scoring touch mostly because it seems coach Rick Tocchet is coaching game-to-game, trying to keep his job. I think a new coach will ignite Lecavalier. And if the Lightning happen to move Lecavalier, the change of scenery will also probably do wonders for his stats. So basically, left to his own devices, I don’t think Lecavalier will hit 15 goals. But given how unstable things seem to be in Tampa, I think any change could inadvertently help Lecavalier score.

I don’t think things will turn around for Eric Staal. He’s got no one around him in Carolina and you can see it in his numbers. Also, perhaps more interestingly, Staal is getting plenty of shots off, so it’s not like he doesn’t have the opportunity to score. The shots he’s taking just aren’t lighting the lamp. And that seems to signal he might have lost a step or two.

To read the rest of this week’s Roundtable, visit FantasyHockey.com.

By Steven Ovadia
This entry was posted on Sunday, December 20th, 2009 at 7:32 pm and is filed under HOCKEY, Roundtable, Steven Ovadia. You can follow any responses to this entry through the RSS 2.0 feed. You can leave a response, or trackback from your own site.