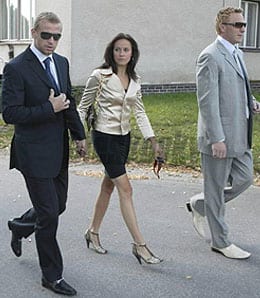 Marion Gaborik (left) and his hottie and headed to Broadway while Marian Hossa (right) signed a lifetime deal with the Hawks.

If you’ve been in an NHL coma since the Penguins hoisted the Stanley Cup, well, you’ve got a few things to catch up on — a few things as in $300+ million spent on free agents within the first few days of free agency. Who changed hands? Uh…well, a lot of guys. However, here are the critical ones:

By Mike Chen
This entry was posted on Friday, July 3rd, 2009 at 7:07 pm and is filed under Free agents, HOCKEY, Ice Chips, Mike Chen. You can follow any responses to this entry through the RSS 2.0 feed. You can skip to the end and leave a response. Pinging is currently not allowed.