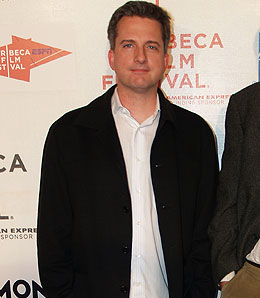 If Bill Simmons is the Boston Sports Guy, is Derek Jones the Philly Sports Guy?

Not to go all Bill Simmons on you, but I have to share this last week with people. If you’re a fan of a team that hasn’t won in a long time, I wish you could have experienced the same feeling I got last Wednesday when the Phillies toppled Tampa Bay in five games to win the World Series.

This is not the Yankees, Lakers, Cowboys or the Michael Jordan-era Bulls where winning championships became commonplace. It’s the Phillies. No team in professional sports history has lost as much as the Phils. Last July, while celebrating my birthday, the Phils decided to honour the day by losing the 10,000th game in franchise history.

I never saw October 29, 2008 coming. It seemed like just one big tease akin to 1993 before Joe Carter pulled the rug from underneath Philadelphia. Being a fan of Philly teams over the years breeds a serious case of skepticism; waiting for the worst to happen, refusing to be happy and live in the moment. Instead, we wait in unison for the big anvil to fall out of the sky and collectively smash us in the head.

However, once Tampa Bay couldn’t get out the light-hitting Carlos Ruiz or Eric Bruntlett in critical moments and failed to wear out 46-year-old pitcher Jamie Moyer in Game Three, I knew something special was on the horizon.

After Brad Lidge struck out Eric Hinske for the final out of the ’08 season, I was immediately sprayed in the face with champagne and beer at a Philadelphia bar. Yet, the best was yet to come.

While running down the streets of Philadelphia towards Citizens Bank Park, I kept going into the street to high five and hug random people. My joy continued as I insisted on yelling at towel waving youngsters that they were indeed World Champions like Ryan Howard or Cole Hamels. The party the Philadelphia sports scene has been waiting on for 25 years finally came to fruition.

Sadly, because of a work commitment, I missed the parade and spent Friday in Kansas City, Missouri. It didn’t matter, though. The Phillies were World Champions. Perhaps, the great Chase Utley summed up my feelings best at the parade last Friday when he expressed his unadulterated, uncensored excitement at being number one.

I’m a World Champion and still in full-scale championship afterglow mode — until the Eagles miss the playoffs, that is.

1. The Redskin Presidential curse sunk the John McCain/Sarah Palin battleship: Over the course of Redskin history, 18 presidential elections occurred. When the Redskins lost their final home game before the election, the Democratic candidate won the presidency. Meanwhile, after a Redskin win, the Republican candidate occupied the White House. With Pittsburgh’s win over Washington Monday night and Barack Obama’s historic leap to the White House, that trend stayed a perfect 18 for 18.

2. Quarterbacks continue to drop like flies: Add Ben Roethlisberger, Dan Orlovsky and Kyle Orton to the list of quarterbacks knocked out last week. Fifteen of the league’s 30 teams have already started at least one back-up quarterback. More often than not, back-up quarterbacks are poison to their respective teams, let alone fantasy football.

3. The Raiders redefined offensive futility: During Sunday’s embarrassing loss to the Falcons, the Raiders managed to hold the ball for just 14:45 and gained 77 yards offensively. If you haven’t done so already, place any Raider on the DNS (do not start) list. Clearly, Lane Kiffin was not the only issue. The Raiders have a rookie runner with a bad case of turf toe and an otherwise underwhelming array of offensive talent. If the Jets miss the playoffs by a game, they’ll rue the day they lost to the Raiders — if they don’t already.

4. The Jacksonville Jaguars are on playoff life support: The NFL is a crazy league. The Jaguars faced a three game run of Cleveland, Cincinnati and Detroit, which should have led to some sort of fantasy prosperity for Jaguar players. Instead, sub par efforts against the Browns and Bengals leave Jacksonville in grave danger of sinking further in the already competitive AFC. Jack Del Rio’s gang must run the football and they haven’t done so consistently. Four times this season, the Jags failed to rush for 100 yards as a team. In those contests, they are 0-4. Last year, they missed the century mark in only three regular season games.

5. Braylon Edwards is among a list of wildly disappointing wide receivers: It’s been a bizarre fantasy season and wide receiver is a perfect example. Edwards leads the league in dropped passes and heads up a disappointing class of receivers including Randy Moss, Terrell Owens, Marques Colston, T.J. Houshmandzadeh, Chad Johnson, and Plaxico Burress. Most of the aforementioned lads were considered Top 10 receiver choices during the preseason.

6. LenDale White defies the odds again: In the past three weeks, White has runs of 80 and 54 yards. Believe it or not, despite his gargantuan size, White can scoot a bit. He is aided by one of the league’s best offensive lines to boot. The bad news is that White often gets tired quickly after somewhat lengthy runs, leaving Chris Johnson to grab the glory from time to time.

7. The Packers paid Aaron Rodgers too soon: I don’t understand the Packer front office. Since the Brett Favre fiasco began, they seem to be in land of confusion mode. This trend continued last week when the team extended Rodgers’ contract through 2014 and gave him an extra $12.58 million this season. The extension makes him the fourth highest paid quarterback in the league and will average about $9.5 million over the deal’s duration. His numbers are certainly respectable, but have not made a huge impact. Furthermore, Green Bay is 0-3 in games versus teams over .500. The team’s decision to give him this money after eight games is borderline criminal.

8. Jamaal Charles will take Larry Johnson’s job sometime in the next eight to 10 months: The league suspended Johnson for the Week 10 matchup against San Diego. To add insult to injury, Charles ran for over 100 yards versus Tampa Bay. With Johnson’s baggage and on the field mileage, it’s only a matter of time before the Chiefs get rid of him. At this stage of his career, keeping Johnson around is just not worth it. They may have to eat some dough to do it, but he’s clearly not a team player.

9. You haven’t seen the last of Byron Leftwich playing quarterback this season: Roethlisberger has taken a beating this season as evidenced by him getting knocked out of Monday night’s affair in Washington. Leftwich looked sharp and will see more playing time at some point because it appears that Big Ben’s body is breaking down.

10. Brady Quinn’s rise to stardom will be a slow one: Bringing in a new quarterback with a short week to prepare isn’t an ideal situation for Cleveland. However, Quinn gets the nod when the Browns face the Broncos on Thursday night. Things will not get easier for Quinn after this week. He’ll play four of his next five games against teams (Buffalo, Indy, Tennessee and Philadelphia) that are in the thick of the playoff chase.

Last week’s rankings are in parentheses

1. Kurt Warner (3) – The Cardinal franchise last played a home playoff game in 1947. If Warner keeps it up, the Cards will get that elusive home playoff tilt.

2. Clinton Portis (1) – Portis was only the third running back in NFL history to have five games of at least five yards per carry and over 120 yards rushing. Pittsburgh’s defense made sure he didn’t make it to a sixth.

4. Adrian Peterson (4) – He is finally coming around, but faces a challenging three-game stretch starting against Green Bay on Sunday.

5. Andre Johnson (7) – The hottest receiver in the league meets Ray Lewis and friends in Week 10.

6. Brian Westbrook (5) – He often abuses the Giants. Philly will need him big time on Sunday.

8. Philip Rivers (8) – Well, if Kansas City has no answer for Jeff Garcia, Rivers should be in store for another big day.

9. Calvin Johnson (9) – He goes from Jon Kitna to Dan Orlovsky to Daunte Culpepper as his quarterback. Next step? Drew Stanton.

In last week’s TMW, we gave you the Guitar Hero: World Tour spot with Alex Rodriguez, Kobe Bryant, Michael Phelps and Tony Hawk. Well, either that commercial scared people or it’s on some sort of vacation because it’s been replaced by the same concept, but featuring a different celebrity. During Monday Night Football, a new ad appeared with a relatively attractive young lady playing the guitar. You may know her as Heidi Klum.

Next Week: We’ll serve up a look at the five most influential teams in fantasy football history.

By Derek Jones
This entry was posted on Wednesday, November 5th, 2008 at 11:08 pm and is filed under Derek Jones, FOOTBALL, Two Minute Warning. You can follow any responses to this entry through the RSS 2.0 feed. You can leave a response, or trackback from your own site.