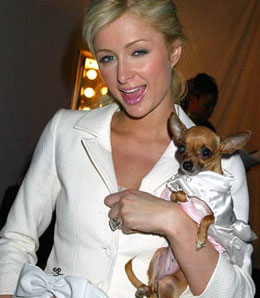 What? This picture doesn’t make you think of the Islanders and their blueline situation? What’s wrong with you?

The NHL season kicks off this weekend in Europe, with the Penguins taking on the Senators in Stockholm, Sweden, and the Rangers squaring off against the Lightning in Prague, Czech Republic. What does this mean? You should consider a frequent flyer miles league next season. Seriously, though. This is the last chance to tweak your opening night roster.

In terms of injuries, you might not want to bank on studly Penguin defenseman Sergei Gonchar. He’s expected to be out four-to-six months after shoulder surgery. With Ryan Whitney (foot surgery) out until January, expect Kris Letang and Brooks Orpik to each have more value.

Detroit Red Wing defenseman Chris Chelios is also hurt. He’s expected to miss four-to-six weeks with a leg fracture. But let’s be honest. If your fantasy team was counting on a 46-year-old, you probably have bigger problems to deal with.

The Islanders are picking up right where they left off last year and losing defensemen like they’re Paris Hilton with a Chihuahua. The Isles lost Andy Sutton and Chris Campoli, and while I doubt either was on anyone’s fantasy roster, their injuries forced the Isles to claim defenseman Thomas Pock on waivers. Pock struggled to catch on with the New York Rangers across three seasons due to defensive issues. But man, can that guy shoot. He’s sure to see a lot of power play time for the Isles and could actually put up some nice numbers, so he’s someone to keep an eye on.

Also, keep an eye on Islander goalie Rick DiPietro, who’s just been cleared to practice. DiPietro is injury prone, but if you find yourself needing a goalie, he’s solid enough.

It goes without saying you also want to watch goalie Nikolai Khabibulin, recently placed on waivers by the Blackhawks. While the latest rumours have him heading to Russia, that could just be a ruse to drum up some NHL interest in a goalie whose numbers really aren’t that bad.

And you know what? While it’s only the preseason, I’d be a little bit nervous with Chicago’s Cristobal Huet on my roster. Giving up seven goals in a game, as he did against Columbus earlier this week, isn’t a great sign of things to come. It could be nothing, but my RotoSpidey sense is tingling.

The Penguins are experimenting with Sidney Crosby between Ruslan Fedotenko and Miroslav Satan. If that arrangement sticks, either of those two wingers suddenly become good fantasy buys, despite so-so numbers last year. Don’t forget, both played on a horrible Islander team last season.

Over on the Rangers, coach Tom Renney is still trying to figure out his lines. One combination featured Petr Prucha on the top unit with Scott Gomez and Chris Drury. Prucha has lived in Renney’s doghouse despite a 30-goal rookie season. But if Prucha finally sees meaningful ice time, he’s a great guy to grab.

By Steven Ovadia
This entry was posted on Friday, October 3rd, 2008 at 2:38 pm and is filed under HOCKEY, Ice Chips, Steven Ovadia. You can follow any responses to this entry through the RSS 2.0 feed. You can skip to the end and leave a response. Pinging is currently not allowed.