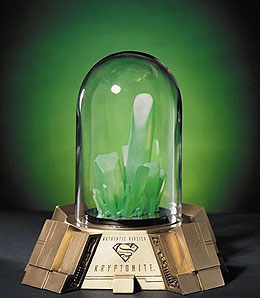 If fantasy owners were Superman, this is what Coach Shanahan is to them thanks to the way he handles running backs.

As we continue to roll out the RotoRob 2008 NFL Draft Kit, Derek delivers his sleeper and bust picks. Andy already weighed in with his own sleepers and busts on Tuesday, an article that generated some debate. Do you guys agree with Derek’s picks? Let us know.

Sleeper – Matt Schaub: During his first season as a starter, Schaub showed glimpses of being a promising quarterback. He only fired nine touchdown passes in 11 games, but was limited by injuries in two of those contests. Schaub will feel more comfortable in year two with the Texans and if he has a healthy Andre Johnson, look out. Johnson stretches the field for Houston’s passing game and when he was out of the lineup last season, he was sorely missed. Schaub’s success will largely be tied to Johnson’s health thanks to a lack of solid depth at receiver for Houston, but a 20-plus touchdown season is not out of the question for him.

Bust – Derek Anderson: The 2007 campaign was a tale of two different seasons for Anderson. Through the first eight games, he averaged 263 yards per game; over the last eight, he tallied 209 yards per contest. Anderson’s touchdowns dipped and his interceptions climbed as well during the second half. Teams will be ready for Anderson in ’08. Despite being armed with a good set of weapons at receiver with Braylon Edwards and tight end Kellen Winslow, Jr., teams will not be fooled by Anderson’s success. The third-year pro will find it difficult to replicate his solid ’07 campaign that included 29 touchdown passes. The addition of Donte Stallworth sounds like a novel concept, but he is more flash than substance. Furthermore, games early on against the Cowboys, Steelers, Ravens, Giants and Jags will test Anderson’s mettle.

Sleeper – Selvin Young: With all due respect to New Orleans’ Pierre Thomas, the nod goes to Young. Travis Henry is gone and rookieRyan Torain is going to miss at least six weeks with a broken elbow, leaving Young as the primary starter for the Broncos. As a rookie, it may be hard for Torain to get into the flow of things right away which should give Young an advantage. Granted, Coach Mike Shanahan is to fantasy football what kryptonite is to Superman. Shanahan has played around with back combinations the last few seasons since dealing Clinton Portis. However, Young should see plenty of time on the field because of Denver’s current situation. He averaged a solid 5.2 yards per carry last season on 140 attempts, but he only scored one touchdown. Look for his yards and touchdowns to jump up in 2008.

Bust – Willis McGahee: Like sour milk or stale bread, something isn’t quite right with the Raven offense at the moment. On second thought, that has been the case since they began in Baltimore. While everyone lauds the practice play of rookie quarterback Joe Flacco, he probably will not begin the season as the starter. Kyle Boller may get the nod and that will not do McGahee any favors. Perhaps the most glaring omission from the Ravens in ’08 will be at left tackle after the retirement of future Hall of Famer Jonathan Ogden. Great left tackles in football are not easy to come by and replacing them is an even more difficult chore. Undoubtedly, Ogden’s departure will affect McGahee. Another issue for the former Miami Hurricane is his health. McGahee is suffering from an ailing left knee and, with his history of knee problems, that’s not a good trend for ’08.

Sleeper – Anthony Gonzalez: One of the biggest question marks entering this season for Indy surrounds Marvin Harrison. He is returning from a knee injury that sidelined him for much of ’07. While he is coming back, things may not be quite the same in the land of milk and Peyton. Reggie Wayne has emerged as the team’s top receiver and Gonzalez is poised to become a legitimate number two threat. He only compiled three touchdown receptions last season, but showed flashes that give Colt fans hope that there is plenty of life after Harrison. During Gonzalez’s final six games, he put up a pair of 100-yard performances and pulled in four touchdowns. He has already built a relationship with Manning on the field which will serve him well.

Bust – Greg Jennings: With each passing day, I’m becoming more and more convinced that this whole Aaron Rodgers thing isn’t going to work out. Rodgers has the pressure of the world on his shoulders and he will not be well equipped to handle it. Whether a quarterback sits for three seasons and watches Brett Favre or Babe Laufenberg, it makes little difference. At the end of the day, the quarterback must have the tools to get it done on the field. Rodgers is going to struggle in his first season and Jennings will be one whose numbers suffer. He caught 12 touchdowns last season and while he only compiled 920 yards receiving, the third-year receiver averaged 17.4 yards per game, a team best. Those numbers will come down with a signal caller that is as green as the jersey on his back.

By Derek Jones
This entry was posted on Thursday, August 7th, 2008 at 3:14 pm and is filed under 2008 NFL Draft Kit, Derek Jones, FOOTBALL. You can follow any responses to this entry through the RSS 2.0 feed. You can skip to the end and leave a response. Pinging is currently not allowed.