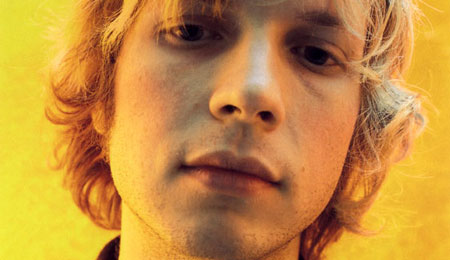 Was Beck singing about a Utopia or the New England offense?

“Put your hands on the wheel and let the Golden Age begin,” sang Beck on his Sea Change album. Most assuredly, he was talking about some sort of Utopia or maybe the Patriot offense in 2007. New England shattered offensive records in large part thanks to Tom Brady and the team’s wildly successful passing game. By the numbers, it’s the greatest single season passing offense in league history. Whether it’s Brady’s 50 touchdown passes, Randy Moss’ 23 touchdown receptions or Wes Welker’s league-leading 112 catches, an offense that averaged 36 points per game served as a fantasy owner’s dream. Defensively, they weren’t too shabby either. Despite being armed with linebackers nearly ready to collect AARP cards, the Pat defense allowed only 17 points per game and finished fourth overall.

Believe it or not, there were flaws to a team that went 16-0 (typing 18-1 would pay respect to the ’72 Dolphins and I refuse to be a part of such a demeaning concept). Everyone talks about the great pass rush that the Giants put on Brady in the Super Bowl. However, I think the struggles of the New England running game was a significant problem as well. The Pats mustered just 45 yards rushing in their shocking 17-14 loss. Laurence Maroney carried 14 times for 36 yards and ended the way he started the year — quietly. Granted, the pass-happy Pats brutalized teams with throwing downfield earlier on but the running game did not get cranked up until the bombs away approach finally met resistance towards season’s end. Maroney did not outperform backup Sammy Morris early on in the season. He finally got going when the weather turned colder and the defenses stiffened. However, his lack of consistency helped doom the Pats in the desert.

The team’s offseason was filled with visions of Arlen Specter and Spygate off the field, but free agent defections related to on-field activities will have the greatest impact on the ’08 Pats. Cornerbacks Asante Samuel and Randall Gay and safety Eugene Wilson pursued greener pastures, receiver Donte Stallworth left for Cleveland, and the team released linebacker Rosevelt Colvin. These losses caused patchwork solutions that may make New England vulnerable — especially in the secondary. Instead of overpaying vets, the front office elected to show younger (and cheaper) players the “Patriot Way.”

When a team sets the NFL scoring record during the previous season, selecting offensive players is not a glaring necessity. Defense was the order of the draft for New England. The team added much-needed youth to its linebacking corps by adding Jerrod Mayo and Shawn Crable in the first and third rounds, respectively. Then, the Pats replenished their secondary with the additions of cornerbacks Terrence Wheatley and Jonathan Wilhite in the second and fourth rounds.

Thomas Edward Patrick Brady is fantasy football’s consensus top quarterback and rightfully so. Nonetheless, those waiting for an ’07 repeat need to temper their expectations. Peyton Manning, Dan Marino and Kurt Warner all suffered drop-offs the season following their 40+ touchdown campaigns. The recipe is there for Brady’s decline as well. Defenses caught on towards the end of the season and started putting more pressure on him. Considering New England’s competition in 2008, a fall could be in the cards. While the Patriots’ strength of schedule ranks dead last, they play against seven of the top ten passing defenses in the league. Brady is not going to reach 50 again but 28 to 30 touchdowns isn’t pedestrian either.

Maroney remains an enigma entering 2008. Many believed he would have a bust out campaign a season ago. Instead, he produced one 100-yard rushing performance in the season’s first 13 games. He must shed the “injury-prone” label as well. Maroney has been banged up throughout his first couple of years and missed three games last season with a groin injury. For reasons mentioned in the previous section, he’ll be a key figure in the Patriot offensive scheme. Maroney is amongst the second round tier of backs in fantasy land. Should he struggle, backup Morris proved last year that he could move the chains in a reserve role. He produced back-to-back 100-yard rushing efforts before suffering a season-ending chest injury against Dallas.

Towards the end of the season, Randy Moss did not have quite the same impact as earlier in the year. In the final six games of the season (including the playoffs), Moss averaged just 53 yards per game. During the first six games, he averaged 101 yards a game. Opponents pressured Brady effectively and did a better job of scheming against the Pats by season’s end. Moss is too good not be an explosive player again, but — much like Brady — he’s set to endure a bit of a drop from ’07. Yet, that still makes him one of the top fantasy options at receiver. The guy who provides the most intrigue is Welker, who turned into Brady’s go-to guy at the end of the year. Overall, some fantasy pundits seem almost way too high on him right now. Defenses should be a bit more prepared to slow down Welker, especially on third down when he killed teams. He’s a number two receiver on teams in larger leagues, but be careful. Don’t automatically assume he’ll repeat his mammoth ’07. Jabar Gaffney and Chad Jackson round out this explosive group of receivers. Jackson, a former first round pick, needs to produce, otherwise his days in Foxborough are numbered.

Ben Watson is coming off ankle surgery and his productivity remains a question mark. He has yet to show that he is a top level tight end. Whenever he shows flashes, an injury is soon to follow. Lucky for Watson though, he has a future Hall of Fame quarterback who’ll get him the ball. Kyle Brady is gone, while in his stead, the team added veteran Marcus Pollard, who is likely to serve as Watson’s backup. Dave Thomas returns as a reserve.

The defense is younger, but more inexperienced than previous seasons. They’ll be a better unit by season’s end, assuming the secondary doesn’t get ravaged by injury, which seems to be the status quo in most years for the Patriots. New England’s kick and punt return teams are solid. Welker is a more reliable option at punt returner while Jackson still has much to prove before being considered a reliable kick returner. As long as Lord Belichick is anywhere near the defense, they’ll be amongst the league’s best.

By Derek Jones
This entry was posted on Saturday, July 26th, 2008 at 11:07 am and is filed under Derek Jones, FOOTBALL, Team report. You can follow any responses to this entry through the RSS 2.0 feed. You can leave a response, or trackback from your own site.