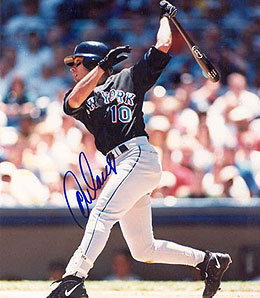 The New York Mets haven’t exactly burst out of the gates in a manner that is making anyone forget about last September’s debacle, or the fact that beyond their brilliant first half start, they were really just a mediocre club last season.

With two straight losses, the Mets have slipped under .500 and are tied with the Phillies for second place in the NL East, a game and a half back of division leading Florida. Up next for the Mets is a crucial six-game run at home against Washington and in Philly.

With a chance to bury the Nats early and make a statement against the Phils, it’s time for this club to step up.

Unfortunately, the straw that stirs the offense has sprung a leak.

Continuing a stretch that began late last season, Jose Reyes is off to a horrific start, batting just .205 with no triples and just one steal – his first since September 15. His patience – so vastly improved in recent years – has gone AWOL, with just two walks in 43 plate appearances. And if that BA that reminds Mets’ fans a bit too much of the Rey Ordonez era wasn’t bad enough, now Reyes is sidelined with a hamstring injury that’s cost him the past two games.

No one knows if he’ll play Tuesday in the opener against the Nats or not.

I bet you were expecting a bit more from the dude you used a high first-round pick on in this year’s draft, weren’t you? But he’s a traditionally slow starter, right? Wrong. Reyes has recorded an 814 OPS over the past three Aprils. This year, he’s at 494 so far. Ugh.

Here’s some irony: Carlos Gomez, one of the prospects the Mets coughed up to land Johan Santana, has already swiped six bases for the Twins.

To add further distraction to the issues, apparently, the Willie Randolph death watch is on in New York.

What else is going wrong?

The bullpen’s two key long men – Jorge Sosa and Aaron Heilman – have both been rancid.

Pedro Martinez is hurt again and may not return until June. With Orlando Hernandez also hurting, the Mets have been forced to pen Claudio Vargas to a minor league deal.

Santana is earning his keep, but without run support, he’s just 1-2. Bet you thought you left that behind in Minnesota, didn’t you, Johan?

The Mets’ leading hitters? Angel Pagan (who is batting leadoff with Reyes out, and is looking like a serious waiver wire possibility), Ryan Church and Brian Schneider. Uh, yeah. Just like they drew it up.

Ramon Castro is out, but who cares with Schneider hitting like Johnny Bench?

Carlos Delgado is doing a bit better this year, but still is not productive enough to justify his immense salary. Carlos Beltran is hitting well and doing a fantastic job of setting the table, but he has yet to go yard, an all-too-common issue on a team that is getting on base enough (3rd in NL in OBP), but not flexing its muscles (13th in slugging).

By RotoRob
This entry was posted on Tuesday, April 15th, 2008 at 3:47 pm and is filed under BASEBALL, RotoRob, Team report. You can follow any responses to this entry through the RSS 2.0 feed. You can leave a response, or trackback from your own site.