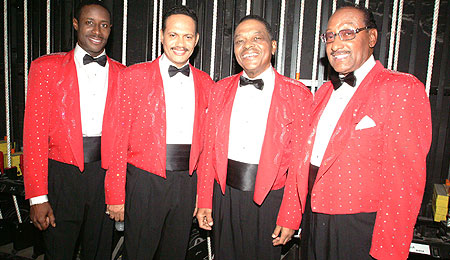 The Bengals’ situation was summed up best in The Four Tops’ classic, “It’s the Same Old Song.”

In the immortal words of The Four Tops, “It’s the Same Old Song” in Cincinnati. The Bengals had a very good offense, but a horrible defense…again. Carson Palmer threw for over 4,000 yards and 26 touchdowns. T.J. Houshmandzadeh and Chad Johnson combined for 20 touchdown receptions. While Johnson gets the press, it was Houshmandzadeh who led the Bengals in receptions and touchdowns.

No one wanted Kenny Watson to finish with more carries than Rudi Johnson (well, unless you picked up Watson; then, you didn’t mind). Also, Watson finished the season with a 4.3 yards per carry average compared to Johnson’s 2.9 mark. So maybe it wasn’t so wrong after all. Other than that, the offense continued to click in the passing game. Unfortunately, Chris Henry never really got into the action thanks to his eight game suspension.

Free agency has been a huge snooze-fest for the Bengals. They did a nice job in retaining the services of guard Stacey Andrews, but their defense lost talent on every level with end Justin Smith, linebacker Landon Johnson, and safety Madieu Williams skipping town. Cincy hopes Antwan Odom can fill Smith’s role, but this already bad defense should be even worse in 2008, which is excellent news for us fantasy folk.

Cincy owns the ninth pick in the draft. Clearly, it desires help along the defensive line, but there is talk of the Bengals using the first pick on a running back, which would be foolish. With Smith fleeing town, the Bengals need a push from the ends and one up the middle would not hurt either. Their defense ranked 21st against the run last season and couldn’t get to the passer to boot. Do I hear USC defensive tackle Sedrick Ellis at nine, anyone? Other options include end Phillip Merling from Clemson and Florida end Derrick Harvey. Meanwhile, the offense could use some help in the later rounds at wide receiver for depth purposes.

Quarterbacks – Palmer is a perennial favourite around these parts, and we’re not even ashamed to say we ranked him as the top fantasy quarterback coming into the 2008 season. He had a fine season, but 2007 turned out to be an extremely good year for quarterbacks. As we mentioned above, the Bengals’ defense is poised to be very terrible, which would mean more passing and a return to the top three for Palmer.

Running Backs – Watson suitably replaced Johnson during the season, which lends the question, who gets the nod in ’08? Johnson addressed his conditioning by trying to get stronger in the offseason, but it may not be enough to hold off the younger backs. He doesn’t have explosiveness to begin with (his longest rush ever is 54 yards, which happened five years ago), plus he’s beginning to show the wear and tear of an NFL career. On opening day, don’t be surprised if Johnson gets the nod, but loses carries to Watson and potentially Chris Perry over the course of the season.

Wide Receivers – Rumour has it that Ocho Cinco was telling anyone who would listen during Super Bowl week that he wanted out of Cincinnati. While he’s a headache, the team should not get rid of him and does not seem compelled to do such. He makes Houshmandzadeh’s life a lot easier by taking attention away from him. Johnson will be back in ’08 unless something crazy happens. Armed with Houshmandzadeh, who is coming off a career year, Cincinnati should have a potent combo again. When he’s not in legal trouble, Henry is a big play threat. Seemingly throughout his Bengals’ career, it’s always something with him though.

Tight Ends – The Bengals’ power running game with Johnson is made possible by blocking tight ends. They don’t want no glory, so they don’t want their names posted here! Instead, we will mention that this is our new favourite web site.

Defense/Special Teams – Losing Smith via free agency is going to hurt, but at least Odom, previously of the Titans, brings something to the table. Namely, his eight 2007 sacks. Who exactly is going to play linebacker and in the secondary? This is a thin team already, and losing any bodies without bringing in legitimate replacements is defensive suicide. Maybe the rookies will be good?

By Andy Goldstein
Tags: Cincinnati Bengals
This entry was posted on Sunday, March 16th, 2008 at 7:46 pm and is filed under Andy Goldstein, Derek Jones, FOOTBALL, Team report. You can follow any responses to this entry through the RSS 2.0 feed. Both comments and pings are currently closed.