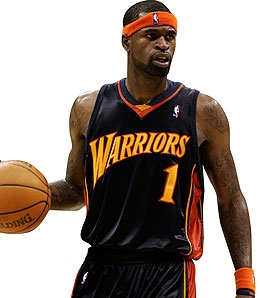 With guards as solid as Stephen Jackson on your team, you can afford to part with Joe Johnson.

Hey, I need your advice on a deal. My team is:

There is an owner looking to deal Carmelo Anthony, Ron Artest, or Emeka Okafor for a star guard. I was thinking of dealing Johnson for

By James Morris
This entry was posted on Friday, December 7th, 2007 at 12:50 pm and is filed under BASKETBALL, Dear RotoRob, James Morris. You can follow any responses to this entry through the RSS 2.0 feed. You can leave a response, or trackback from your own site.