Be Careful Who You Piss Off 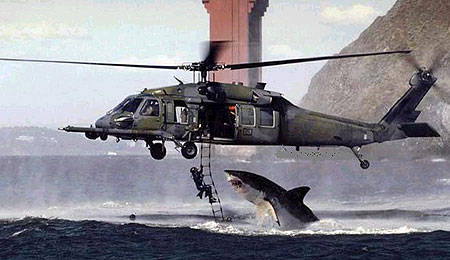 If you tee off the right people, this too, could happen to you.

There was an interesting article in the Toronto Star Monday that served as a good warning for Bloggers who like to drag people through the mud — especially rich people who can afford to make you squirm.

It seems that Neate Sagar, an Ottawa-based blogger, has made quite a hobby out of giving the gears to Frank D’Angelo, owner of Steelback Brewery. Sagar used terms like “huckster,” and “two-bit shyster” to describe D’Angelo, a man interested in buying the Pittsburgh Penguins.

According to Sagar, D’Angelo is a “peddler,” a “con man” and an “irritant.” What? He’s not just a plain old dickweed too?

The upshot is that D’Angelo is none too happy with Sagar. In fact, he’s filed a $2-million lawsuit against Sagar, claiming he’s been repeatedly libelled on his site.

The site in question is neatesagar.blogspot.com (although it appears to be offline currently — what a shock), and the entire article can be found here.

Thanks to the RotoWidow for passing along this tip. Got a news tip? Send it along. I promise not to sue you if you do.

By RotoRob
This entry was posted on Wednesday, June 13th, 2007 at 5:59 pm and is filed under RotoRob. You can follow any responses to this entry through the RSS 2.0 feed. You can leave a response, or trackback from your own site.