RotoWidow: Host the Sports Party of the Year 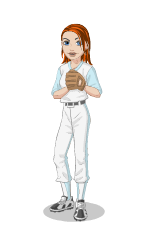 With just two weeks left until Super Bowl XLI, it’s time to send out the invitations for your party! There’s no better way to’win friends and influence people than to host them at a super cool Super Bowl party. Here’s what you need to have a kick-ass’football fest:

1. Invites need to share the excitement that can be expected from the party. If you want to go traditional, mailed invites should resemble sports’tickets with all the relevant details of your’party. Alternatively, if time and money are an issue, leave voicemails’for your guests inviting them to the big day. But’not just any voicemail – play a couple seconds of a recording of a referee’s call from a game before you “announce” where the party to end all parties will be. You’ll be sure to pique their interest.

2. Set the scene at your party headquarters by decorating in the colours of the two competing teams. Be sure to have noise-makers and face paint on hand so that guests can truly get into the spirit. Even if they’re not that into football, they can surely get into the mood if you have the necessities.

3. Food. Think tailgate; think football stadium. Cold beer (OK, and soda)’in coolers and tubs of ice should be placed in key spots. If weather permits, or if you’re a true tailgater, fire up the grill for’hot dogs, sausages and burgers. Be sure to offer lots of snacks such as Crackerjack, popcorn, and (RotoRob’s favourite) cheese doodles’in small, stadium-sized packages.

4. While the RotoWidow does not condone gambling, it’s all about the betting, baby! The Super Bowl easily rates as the most bet-on sports game of the year. It’s’likely that more than $6 billion will be bet both legally and illegally on this one game. And, quite frankly, this can add excitement to a game that’s’a blow-out and make the non-sports fan feign interest for a few hours. The key is to have variety in the types of bets your guests can make. Sure, you’ll want to have the obligatory football board, but I’m talking about things like, which player has the best football-pants butt. Have everyone pick a player and then vote at the end of the night – the person who picked the player with the most votes wins. Or how about, which team has the best endzone dance? Or who has the best Super Bowl commercial or’best’half-time act? Be creative and you can find something to interest everyone. Heck, in Vegas, it’s common to bet on which team will be the last to score, whether or not either team will score in the first 6.5 minutes, and who will win the coin toss. And you don’t need to go crazy with wagers. Simply put together some goody bags for each winner to take home.

With’these simple tips, you too can be’the host(ess) with the most(est). Happy party planning and may the best (Colts) team win!

By RotoMofo
This entry was posted on Saturday, January 20th, 2007 at 11:01 am and is filed under RotoWidow. You can follow any responses to this entry through the RSS 2.0 feed. You can skip to the end and leave a response. Pinging is currently not allowed.