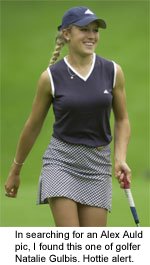 There’s nothing consistent about the new NHL season so far except that the Southeast Division is a bunch of teams at extremes: the Lightning can’t score despite investing $21 million in three all-stars, Alex Auld and Kari Lehtonen can’t be beat, and the Hurricanes can’t win. Some random thoughts for your fantasy fix:

By Mike Chen
This entry was posted on Friday, October 13th, 2006 at 11:37 am and is filed under Ice Chips, Mike Chen. You can follow any responses to this entry through the RSS 2.0 feed. You can skip to the end and leave a response. Pinging is currently not allowed.