The Mid-Season Rookie Analysis: A Closer Look at the Top Ten 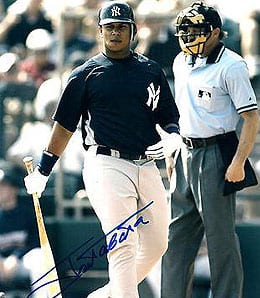 Jose Tabata is worth the hype. (Memofx.com)

In our debut essay at Baseball Notebook we wrote about the top 10 prospects as per the site’s Mid-Season Rookie Analysis e-book. There are some surprising names on the list, including a highly underrated Yankee prospect who’s avoided hype so far, a young man charged with leading the Royals back from the brink and a super-stud five-tool prospect who almost threw it all away because of his temper.

The article features in-depth profiles of all 10 players. Check out my complete essay here.

By RotoRob
Tags: Jose Tabata, Kansas City Royals, New York Yankees
This entry was posted on Saturday, July 15th, 2006 at 1:34 pm and is filed under BASEBALL, Prospects, RotoRob. You can follow any responses to this entry through the RSS 2.0 feed. You can leave a response, or trackback from your own site.