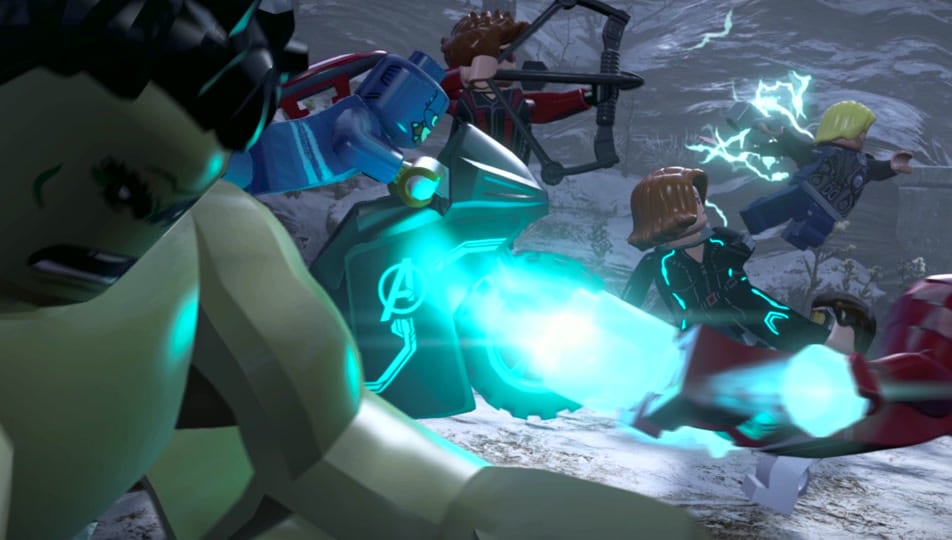 I hear Lego Jeremy Renneris difficult to work with.

Lego is one of the few franchises to successfully make the transition from traditional toys to video games. Not only that, but it specializes in doing tie-ins with other popular franchises, something which typically produces the worst of the worst. We’re looking at you, Street Fighter: The Movie: The Game. That game is literally a tie-in game for a movie tie-in for a game. Anyway, the latest game to be Lego-ified is Marvel’s Avengers. Strap in and get ready to kick some brick!

As with most Lego games, the controls are wonderful. The characters move around with ease and precision. Since players get the chance to use a massive amount of characters from the Marvel universe, some of them handle quite differently, such as Iron Man’s flight capabilities. Unfortunately, Iron Man is a bit unwieldy once he gets airborne. However, everyone else feels fluid, as does the combat.

Avengers looks great. Despite relatively strict guideline of creating Lego versions of the entire cast, the main series Avengers are easily recognizable. There’s plenty of colour and detail in all the environments.

Fans of the Avengers movies will be happy to hear many familiar voices. Most of the dialogue is ripped straight from the films, but a few actors recorded lines especially for the game. The music is suitably epic and exciting. Love it!

If you’ve played any of the earlier Lego-themed games you know what to expect from Avengers. Players traverse a wide variety of levels, collecting special items and a colossal amount of Lego bits along the way. These bits are awarded for practically any action, like beating up enemies or building a Lego structure.

Since all Lego games are aimed at younger players, the difficulty stays pretty low and there are very few repercussions for death. Players merely lose a handful of bits then respawn in the same location.

Although most of the game revolves around action-platforming your way around, there’s still a good amount of variety, which comes in the form of basic puzzle solving, fighting or shooting sequences. Plus, the multitude of playable characters adds much needed depth to the overall experience. Players have access to many versions of the main core of the Avengers, along with quite a few S.H.I.E.L.D. agents, like Maria Hill.

Once a level begins, the player is assigned two characters, the control of which can be switched at will. If you have two players, the second player will play at the same time as the primary player. Each character has a normal attack and a unique special move. Not all special moves deal damage, although most of them do. Nick Fury turns himself invisible, while the Hulk rips giant boulders out of the ground to crush enemies.

Over the course of the game, players will encounter scenarios that can only be completed by a specific character. During the first run of the level, characters are assigned, but after completing it once, Free Play is unlocked, which allows for any character to be selected. Replaying the levels is an absolute must for completionists.

One aspect that the Lego games have kept consistently high is its sense of humour. This is especially effective for fans of the Marvel movies, as most of them poke fun at the various characters’ eccentricities, like having Nick Fury constantly sipping a smoothie, or Black Widow using a potted plant to sneak up on enemies. Avengers also does a great job of diffusing any potentially scary scenes to make them more palatable for little ones without deviating too far from the original story.

Almost everything in Lego Marvel’s Avengers works smoothly, but one aspect continues to be an issue. Nearly each level contains at least one very unclear objective. This stems not from the difficulty of particular sections of the game, but rather a failure to convey what needs to be acted upon to meet the objectives.

Most objectives sport some sort of marker, be it glowing lights or flashy design to make their importance obvious. This makes players unconsciously assume that all objectives will be labeled in a similar manner. Needless to say, this kills the momentum, which may leave players frustrated considering the game’s usual straightforwardness.

Lego Marvel’s Avengers provides a wonderful chance for players to feel like a superhero. The wide array of characters and whimsical charm of the game should be enough to keep people hooked. If you’ve played other Lego games before, you may not find many new concepts, but that doesn’t mean it’s not a good game.

By Matthew Striplen
Tags: Iron Man, Jeremy Renner, Lego, Lego Marvel's Avengers, Street Fighter: The Movie: The Game, The Incredible Hulk, Thor, Video Game Review, video games
This entry was posted on Tuesday, March 1st, 2016 at 8:41 pm and is filed under Matthew Striplen, Video Game Reviews. You can follow any responses to this entry through the RSS 2.0 feed. Both comments and pings are currently closed.