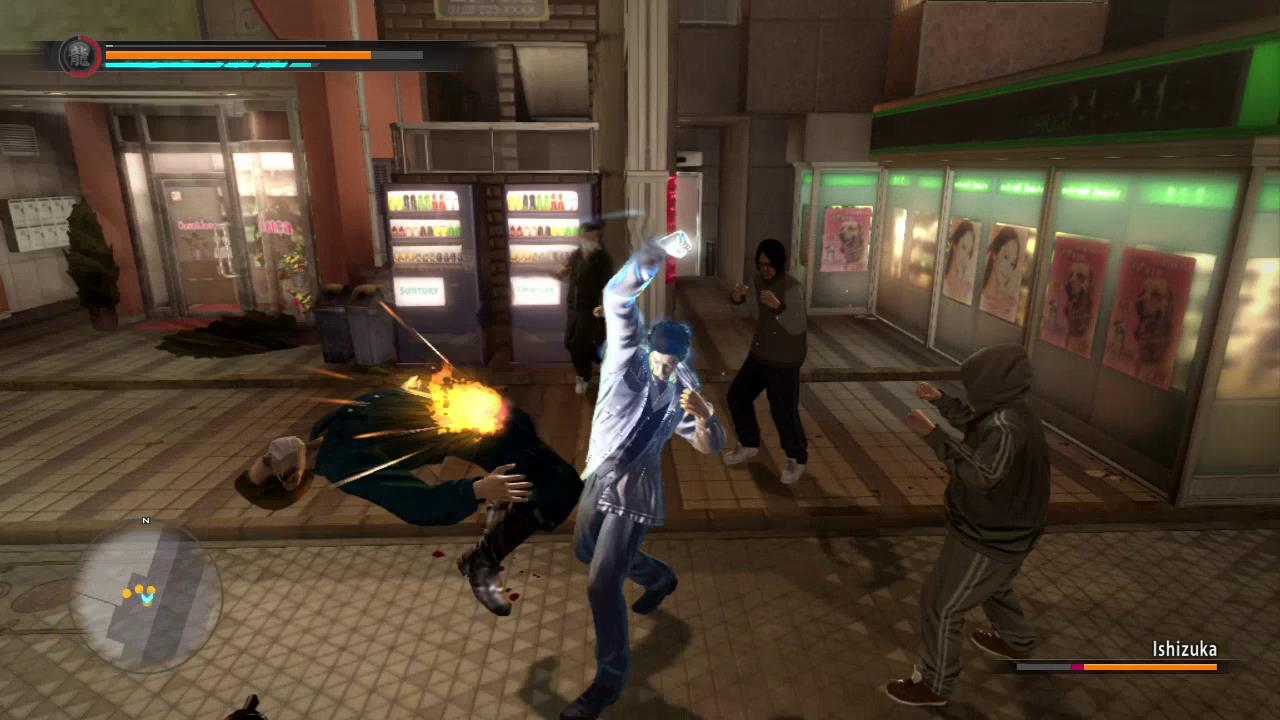 The long standing Yakuza series is back with its latest iteration, although its western arrival is already years late from the original Japanese release. Although we had never invested the time into the Yakuza gameplay and story, we came out thoroughly enjoying the experience even without having played the previous titles.

As a matter of fact, it got us mentally invested in checking out the past titles as Yakuza is an interesting blend of GTA, but with a chauvinistic focus on Japanese gang fiction and overall daily happenings of a society of people. If words such as family, strength and honour catch your attention, Yakuza 5 is one game to offer them in spades.

From the taxi races on the freeway to the overall camera panning as you run across the city of Fukuoka, the action is properly centred on the main protagonist. If you’ve come to expect GTA levels of control or any other open world titles such as Sleeping Dogs, then you will feel right at home with Yakuza 5. Combat inputs are simple, movement is polished and the overall presentation is made with the thought of players in mind.

Considering the level of detail and polygons needed to bring an entire city to life, let alone keep the frame rate consistent, Yakuza 5 does a great job of providing an overall solid immersion to the bustling cities of Japan. It captures the feeling of living there with all the attention to detail to convenience stores, stands and myriad neon lights in the business districts.

While the game graphics does show some age compared to the current generation, it makes up for it with the level of authenticity of a Japanese city. The soundtrack is also rich with ambient city noises as well as your standard J-pop/techno tunes to round out the play experience.

Yakuza 5, like its predecessors, has always been about telling a story of the criminal underworld activities of the Yakuza. It is no different in this latest iteration as you will come back to play as both familiar and new characters to the series.

Series poster boy Kazuma Kiryu is back again, and this time he’s a reformed man looking to start a new life. However, once a Yakuza, always a Yakuza as the events of his past will come back to haunt him. The series will also tell the story of other characters new and old that interconnects with everyone in the game.

If there’s one thing that Yakuza 5 has that isn’t normally found in a GTA game it’s the emotional connection with all the characters that live within this fictional Japanese land. The story of honour, tradition and family is heavily implied, and it feels like we are watching some kind of Asian drama unfold before our eyes.

While overly dramatized in some parts, the entire game feels like this is how things really are in Japan and what’s on screen is merely a microcosm of a real culture. The level of immersion as you handle your taxi service, take part in mini games and interact/talk with bystanders and passengers was thoroughly crafted with genuine heart for storytelling. The lasting impression of each character successfully creates a reason to keep coming back for more.

Aside from the story, Yakuza 5 introduces vehicle driving for the first time in the franchise. The controls are simple enough, and the numerous taxi missions and freeway races will get you all too familiar with any nuisances. Driving is a nice mix of a realistic simulator style with that of over-the-top finishing move abilities. Eventually you can even pimp your taxi with decals, turbo boosters and other cosmetics for added flavour.

Akin to previous entries, there are plenty of mini games and side quests to keep you entertained. From cooking up ramen to pushing a meals-on-wheels chart, the side jobs are hilarious and a nice change of pace from just combat. We found it rather amusing that the main protagonist can be a Jack-of-all-Trades when it comes to odd jobs, and it definitely gave the game more interesting spice.

Lastly, combat — the bread and butter of the series — doesn’t disappoint. The street fights are gritty and feel very weighty with each blow you dish out. It is really satisfying to do German suplexes, twirl enemies around, smash people’s faces on concrete, punish enemies with objects and the list goes on.

While not crazy like Saint’s Row, the combat is realistic enough to be plausible. In addition, an extensive move list as well as abilities will help the player find their combat preference.

Yakuza 5 was a joy to play with its rich and immersive storytelling and authenticity to cultural standards and traditions. Characters have a lasting impression after their stories, and it is hard not to be emotionally invested in these long-standing franchise icons. It’s definitely worth picking up and is a great primer to past games for those willing to enrich themselves further into the Yakuza lore.

By Ted Chow
Tags: SEGA, Video Game Review, Yakuza 5
This entry was posted on Tuesday, January 5th, 2016 at 2:33 am and is filed under Ted Chow, Video Game Reviews. You can follow any responses to this entry through the RSS 2.0 feed. Both comments and pings are currently closed.