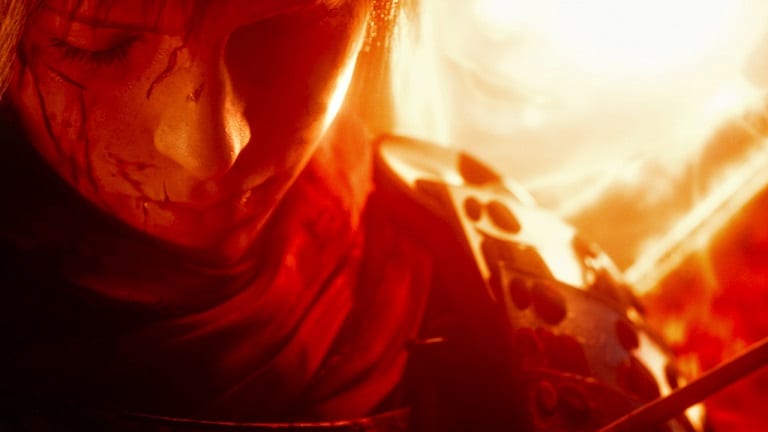 It’s definitely a darker Final Fantasy than you’re used to.

There have been a lot of Final Fantasy games over the years, reaching across multiple genres, but it’s safe to say you haven’t played one quite like this. Originally released on the PlayStation Portable back in 2011, Type-0 never saw the light of day outside of Japan. Square-Enix is changing all of that, bringing the game stateside with Final Fantasy Type-0 HD for the Xbox One and PlayStation 4. We’ve already noted that it’s unique among its namesakes. Now let’s see if it’s any good.

While Final Fantasy has moved away from turn-based combat, it still maintained a number of similarities such as allowing you to queue up actions and stat-based encounters. All of that is out the window here, as Type-0 HD is straight real-time action. You control one member of your three-person team at a time and are able to switch between them on the fly with the d-pad. Each offers a unique weapon and skills, and you’re free to mix and match your pairings.

Actually controlling your characters is simple as outside of using locking on, everything is done with the face buttons. You’ll have one basic attack, two additional offensive moves (either magic or character-specific skills) and a defensive stance or recovery spell — tapping the defense/recovery button while moving will execute a dodge. As you progress you’ll unlock moves that require you to push two buttons at once or use the stick in conjunction with it, but it remains a thoroughly unencumbered process.

There is a bit of depth within Type-0’s system in the form of “Break Sight” and “Kill Sight.” When locked on to an enemy, the reticule will flash yellow (Break) or red (Kill), and if you can time your strike properly you’ll either deal massive damage (Break) or dispatch your enemy in one hit. It takes a little while to get a feel for the timing, but once you do it becomes clear that waiting for that prompt is the most efficient way to deal with many of your enemies as opposed to just firing away.

Unfortunately, there’s an elephant in the room: the camera. When you’re moving down corridors with it at your back, it’s fine. In tighter spaces you’ll constantly be messing with it as you try to maintain a steady view of the battlefield. In open areas, or against enemies that cover large distances, it can be almost dizzying. That can make boss fights challenging for all the wrong reasons. We were able to push through our issues with the camera, but they adversely affect the game.

Given its PSP roots, Type-0 HD is a mixed bag visually. The character models and animations look pretty good, particularly the Class Zero students themselves, and the main hub area has an FF XIV feel to it. That being said, it’s not anywhere near as sharp as native next-gen titles with muddy textures, stiff cut scenes and mouth movements that don’t even try to match the words. Environments lack diversity, especially during action sequences, and it seems like the game is constantly loading. On the plus side, the frame rate is brisk and consistent.

Voice acting is disappointing, especially the unnatural delivery of lines. There’s no question that the confusing storyline plays into this as cut scenes are often disjointed, moving from one conversation to another without context, but even without that it’s simply not a strong showing. Excellent soundtracks are a staple of the Final Fantasy series, and while Type-0 isn’t among the franchise’s best, it’s still enjoyable and does good job establishing and maintaining the tone.

It’s rare that we reach the end of a game and feel more uncertain about the plot than we did after completing Final Fantasy Type-0 HD. Part of that is intentional as additional playthroughs reveal more details about the story, but there’s also a weird mix of macro and micro elements at work. The broad strokes stuff is told like a documentary with serious narration, whereas the moment to moment action is told from various perspectives on both sides, focusing on Class Zero.

With Class Zero consisting of 14 students it makes character development tricky, though Machina and Rem get the most time as they’re heavily featured in the main subplot. There’s also a darker theme at work that flies in the face of traditional grandiose Final Fantasy lore — you need only watch the intro with bloody chocobos and a solider fearing death to see it in action. Ultimately the story is good enough to keep the plot moving forward, but it’s not one of the game’s stronger points.

Action is what drives Type-0, and the diversity of the 14-member Class Zero ensures you’ll find at least a character or two that fits the way you want to play. We preferred leaning on the ranged (King’s twin pistols, Trey’s bow) and speedy (Rem’s daggers) fighters over the slower, heavier hitters (Cinque’s mace) while favouring support and defense in our teammates. You may opt to do something entirely different, however, and all the characters have their own strengths and weaknesses.

In between story missions you’re free to pursue various activities (breeding chocobos, talking with students, performing tasks, exploring the world, etc.), but the catch is that each activity carries a time commitment and you’ve got a finite amount to work with. Conversations, for example, take two hours off your timer and reward you with an item. It functions well as a gameplay mechanic in that it keeps things focused.

Even on the default difficulty setting Type-0 can pose a challenge, although not always for the right reasons. It’s nearly impossible to monitor your two computer-controlled teammates, and they do die without warning at times. That leaves you to shuffle in replacements since anyone incapacitated can’t return until after the mission concludes. As such, you’ll want to keep as many characters levelled up as you can, which means grinding.

Working against the concept of keeping your team levelled is the game’s Backup system. Before each mission you’re asked if you want to activate it, and doing so allows the computer to swap in shadowy versions of your classmates. Their actions earn SPP, which is then used to buy weapons and accessories for your team. Two problems: (a) to earn SPP you have to forego EXP; and (b) the replacements’ level scales to the mission, not your squad. In other words, if you’re Level 30 running a Level 20 mission, your 30s will be replaced by 20s. Of course, it also works the other way.

Final Fantasy Type-0 HD has some problems — a poor camera, confusing story and counterintuitive backup system chief among them — but it’s the kind of game that gets its hooks in you and doesn’t let go. With a 40-hour campaign and plenty of incentive to play it again, Type-0 should appeal to any self-respecting action RPG fan.

By HC Green
Tags: Final Fantasy, PlayStation Portable
This entry was posted on Friday, March 20th, 2015 at 8:56 pm and is filed under Herija Green, Video Game Reviews. You can follow any responses to this entry through the RSS 2.0 feed. Both comments and pings are currently closed.