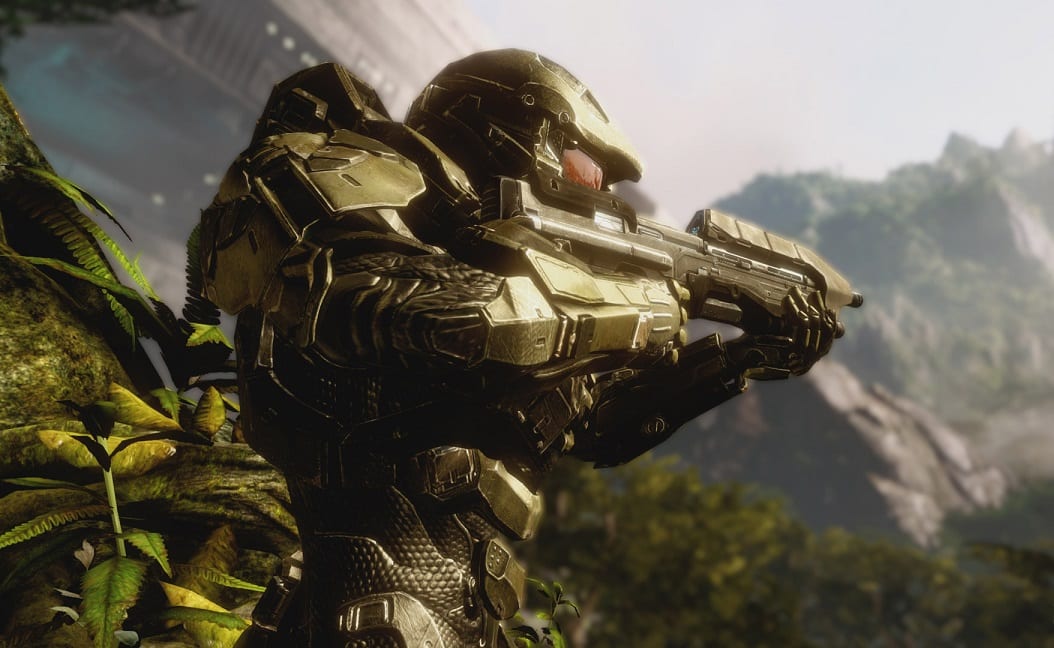 While every system has its signature characters, none are more inseparable than Microsoft and the Master Chief — hell, it named the Windows phone’s personal assistant Cortana. Thus, the arrival of Halo: The Master Chief Collection, highlighted by Halo 2 Anniversary, on the Xbox One is a landmark moment that brings all four of the Chief’s adventures onto one console and sets the table for next year’s Halo 5: Guardians. Cue the Gregorian chants, it’s Halo time.

Everything is faithfully recreated from each of the four games, which can cause some mild confusion when jumping through the multiplayer maps thanks to small changes between the titles. The primary culprit is the melee attack that migrates around the controller. This can be circumvented by using one of the other setups, but if you want authenticity (or as close as you can since the first two were released with a different controller) just stick with the default settings.

With four games spanning more than a decade, The Master Chief Collection features vastly different graphical quality with re-mastered versions of Halo and Halo 2 (and even Halo 3 to some extent) looking like mid-life Xbox 360 titles. Moving past the technical aspects, however, all four games do a wonderful job of immersing you in the world of Halo – something the series does better than any shooter out there (except maybe BioShock).

It’s enthralling to follow the Chief’s adventure as he is transported all over the galaxy to battle the Covenant and save the Earth. So much care was taken through the years in crafting a world complete with unique vehicles and weapons, and that’s really driven home when playing all four games. The newly designed cut scenes for Halo 2 Anniversary are absolutely stunning and deserve special mention for really elevating the dramatic impact (like the suddenly creepy Gravemind) of the story.

Everything but Halo 2’s campaign now runs at 60 frames per second in 1080p, and seeing the games function in that capacity confirms these should be considered the definitive versions. Even the fairly new Halo 4, which pushed the 360 to its limits, benefits significantly from the move to the Xbox One thanks to the frame rate and lighting boosts. The frame rate does take some occasional dips, most notably during split-screen co-op, but it’s a minor issue.

When it comes to great soundtracks, the Halo series needn’t take a backseat to anyone, and the fully re-mastered audio is an absolute delight for longtime fans. The team at 343 Studios has also gone back to the drawing board in re-recording the weapon sounds in Halo 2 to create a suite of shots and explosions that has much more impact. They’re not all gems (the plasma sword sounds a little silly), though once again this amounts to little more than a quibble.

For anyone still in the dark, Halo: The Master Chief Collection contains all four campaigns that starred the Master Chief (AKA, the four numeric titles), so you won’t be getting Reach or ODST (or one-offs, Spartan Assault and Halo Wars). Still, that’s four stellar campaigns that cover the original trilogy and the opening salvo of the Reclaimer trilogy.

Of the four, the heretofore unseen Halo 2 Anniversary is the star attraction. Like Halo: Combat Evolved, which got the remake treatment in 2011, the sequel has seen its 2004 roots brought into the modern arena — it does retain its original graphics and sound for those that prefer the original vision, and you can toggle between the two with the touch of a button. The results are impressive, and it’s hard to oversell just how much the gorgeous cut scenes have added to the presentation.

Unless you hooked up both an Xbox and an Xbox 360, this represents the first time that you could play through the entire series in one go. Nowhere is that more beneficial than when jumping from Halo 2 to Halo 3, given that one of the biggest criticisms for 2 was how abrupt the ending was. Back then, fans had to wait nearly three years to “finish the fight.” Now, you just jump right in. That improved continuity creates a nice flow that kept us playing into the wee hours of the night. It’s not quite like experiencing the series for the first time, but it’s closer than we thought it would be.

Of course, a huge part of the allure of Halo over the years has been its multiplayer, and the Master Chief Collection delivers an embarrassment of riches in that area. There are more than 100 maps on offer here, split across the four games, with some making their first appearance on consoles. Once again, the highlight here is getting another crack at the exquisite Halo 2 multiplayer. Plus, as a bonus, six of Halo 2’s maps have been remade exclusively for the Xbox One with upgraded graphics and some fun extras.

As awesome as it is to have so many maps available, it can be a little disorienting to jump between them since each map retains the rules of the game it was published for. That means playing Lockout employs Halo 2’s version of various weapons as well as the Chief’s movement and jump height, which is noticeably different than playing the Ragnarok map that follows Halo 4’s rule set. Keeping track and adjusting to the subtle variances takes some time.

Indisputable proof that not all collections and HD upgrades are created equal, Halo: The Master Chief Collection is a labour of love. It takes four of the most iconic titles in Xbox history, polishes them to a glossy sheen, packs it full of content and delivers it all for the price of one game. It’s the best pure value since The Orange Box and a must buy for any Xbox One owner.

By Herija Green
Tags: Microsoft
This entry was posted on Sunday, November 9th, 2014 at 10:28 pm and is filed under Herija Green, Video Game Reviews. You can follow any responses to this entry through the RSS 2.0 feed. Both comments and pings are currently closed.