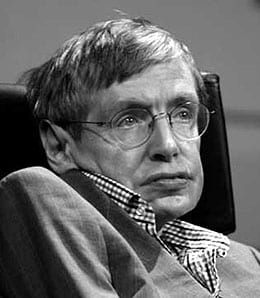 Is it fair that the Denver Broncos must win Super Bowl XLVIII for Peyton Manning to be considered by many pundits the greatest quarterback of all time? We believe Manning has already proved himself worthy of the title (check out the video below for further evidence), but many experts refuse to give the GOAT title to anyone without multiple championships, giving this game perhaps even more historical significance than many recent Super Bowls.

Of course much of the coverage has focused on Seattle’s number one defense lining up against the most potent offense the league has ever seen. Seeing as we’ve already anointed Manning it should come as no surprise that we see Denver having no problem moving the ball against this formidable defense. Of course it would be crazy to predict a 50-point output, but with two weeks to prepare, the most cerebral of quarterbacks should have more than a few tricks up his sleeve. Did we mention that Manning is the second smartest human being alive behind only Stephen Hawking?

While the controversial Richard Sherman will keep Demaryius Thomas in check, Denver simply has too many weapons in Eric Decker, Wes Welker, and Julius Thomas for Seattle to hope to contain them all. Sherman, Earl Thomas, Kam Chancellor, and Walter Thurmund III make up perhaps the most talented secondary in the league, but they will have their work cut out for them trying to slow down this elite group of receivers.

Denver’s offensive line must continue to protect Manning against a sometimes ferocious Seattle pass rush led by Michael Bennett and Cliff Avril (combined 16.5 sacks), but having only given up two postseason sacks, the Broncos seem to have an edge in the trenches when they have the ball. While running backs Knowshon Moreno and Montee Ball won’t exactly be mere afterthoughts, they also probably won’t make a Super Bowl MVP push against a nasty Seahawks run defense that only gave up 3.9 yards per carry and an incredible four rushing touchdowns all season long.

The Broncos likely will not completely abandon the running game, but will instead use it to keep the pass rushers honest and open up play action pass opportunities.

Seattle’s best chance to win will be to continue the same gameplan it has stuck with all year: pound the ball with Marshawn Lynch, don’t ask Russell Wilson to do too much, and play an aggressive style of defense. Lynch is facing an uphill battle, as Denver has not given up more than 34 yards to a running back this postseason. But this is another “strength versus strength” match-up as he has a combined 249 rushing yards in the Seahawks’ two playoff games this year.

This game could provide the perfect opportunity for Wilson to shake the “game manager” label some have put on him (only 318 yards this postseason), but it is imperative for the defense to hold up since the Seahawks have only put up over 30 points twice this season away from the friendly confines of CenturyLink Field. However, only five teams this season gave up more passing yards than the Denver Broncos. That should bode well for Golden Tate (who with a big game could add millions to his value as an upcoming free agent), Doug Baldwin, the home grown Jermaine Kearse, and tight end Zach Miller.

Even the most rarely seen of all the Seahawks, Percy Harvin, is expected to return from his most recent concussion.

A lot has been made of this being the first cold weather Super Bowl, but we couldn’t be more thrilled about the NFL’s decision. Some of the most memorable games in history have been played in less than perfect conditions, and since many teams build themselves to win in the January snow and cold it only seems fair that the Super Bowl sometimes be played in those elements. Both the Broncos and Seahawks are used to playing outdoors, so the weather shouldn’t have much of an impact on the outcome.

This, like most Super Bowls, will come down to which team is more prepared. We don’t see the Broncos running away with this game — the Seahawks defense is just too good to let the game get out of control. On the other side of the ball, Wilson and company have at times struggled with consistency, but they also have seemed to make clutch plays week in and week out this season. We believe this Super Bowl will live up to the hype (as much as can be possible in what is annually the most hyped event in America) and be a great game well into the fourth quarter.

Unfortunately for Seattle fans, we just can’t see Manning not getting the job done in what could be the final game in his illustrious career.

Predicted MVP: Manning… who else?

Now it’s your turn. Let us know in the comments below what your predictions are.

By Nick Wagner
Tags: Super Bowl
This entry was posted on Tuesday, January 28th, 2014 at 10:06 am and is filed under FOOTBALL, Game Preview, Nick Wagner. You can follow any responses to this entry through the RSS 2.0 feed. Both comments and pings are currently closed.